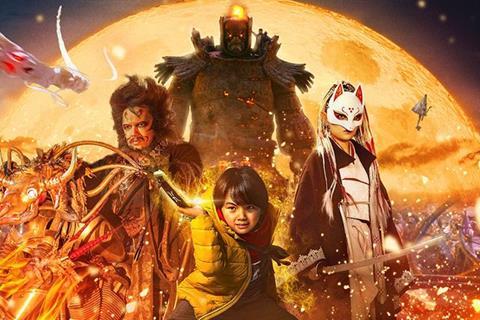 Takashi Miike’s The Great Yokai War – Guardians will close Fantasia International Film Festival (August 5-25), which festival heads have turned into a hybrid event after adding a limited roster of in-person screenings in Montreal.

Japanese horror specialist Miike’s sequel to his family fantasy epic and Fantasia 2006 opener The Great Yokai War gets its international premiere and centres on a battle between Japanese monsters that will determine the fate of the world.

Paul Andrew Williams’s (London To Brighton) UK crime thriller Bull is among world premieres in a final wave of titles announced on Wednesday (July 21) and stars Neil Maskell (Kill List) as a gang enforcer who goes after the people who double-crossed him.

Argentinean director Daniel de la Vega’s On The 3rd Day gets its international premiere and stars Mariana Anghileri as a woman trying to find her missing son.

All films will screen on Fantasia’s portal which is geo-blocked within Canada.