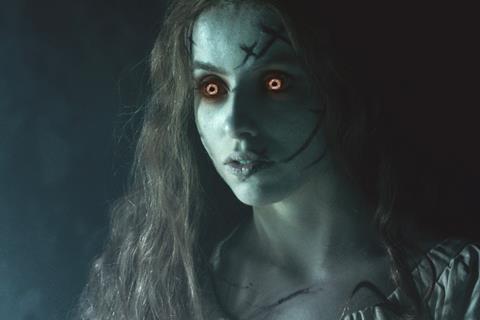 The shortlisted names feature two actors, two directors and one producer, all of whom have projects playing at this year’s FrightFest (23-27 August).

In front of the camera, actress Ella Hunt has impressed with her lead role in John McPhail’s zombie apocalypse musical Anna And The Apocalypse, which sees her fight off hordes of the undead that have besieged her town as the Christmas festivities are beginning.

Fellow actor Sam Gittins, who has recently been seen in Richard Billingham’s Locarno-premiering Ray & Liz, is also on the shortlist for his turn in Johnny Kevorkian’s sci-fi thriller Await Further Instructions.

The two shortlisted directors are Aislinn Clarke, whose debut feature The Devil’s Doorway, about a strange occurrence at a 1960s Irish home for ‘fallen women’, will premiere at the festival, and Mike Mort, whose debut Chuck Steel: Night Of The Trampires will also make its bow. Chuck Steel began life as an animated short, which brought the house down at FrightFest 2013.

Finally, actress/producer Marcia Do Vales earns her place on the shortlist for her work on FrightFest title Heretiks, a 17th Century horror from Seasoning House director Paul Hyett, which she produces. Do Vales also produced and starred in zombie spring break movie Ibiza Undead, which screened at the festival in 2016.

The winner will be announced at a ceremony at the festival on Monday, 27 August. Previous recipients include Alice Lowe (Prevenge) and Danny Morgan (Double Date)