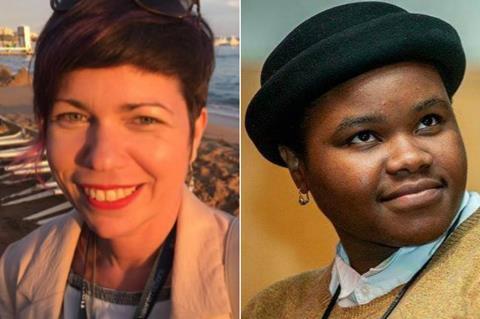 The fifth edition of the programme, which expands from three to five days, includes a session on the female perspective in distribution, hosted by Birds Eye View’s Future Leaders in Distribution.

There will also be a live pitch session for filmmakers who want a future path for films they have had on the festival circuit, and NFTS Scotland’s Debbie Rowland will host a Distribution and Marketing 101 session.

The final day of the programme will host events aimed at those starting their careers, including Skills Development Scotland looking at the gaps in education and training, and the Graduate Management Admission Council spotlighting the No Wrong Path movement, which demonstrates the variety in entry routes to the film industry.

The festival is also launching a new Talent Mentorship scheme for people of colour, LGBTQIA+ people, and people from economically disadvantaged households who live in Scotland and are not in full-time education

It offers six months of practical support and training for emerging professionals. Successful applicants will receive support in either developing a project or receiving career development advice.

Mentors on the scheme include Stud Life writer-director Campbell X, Blue Story producer Joy Gharoro-Akpojotor, and documentary filmmaker Naziha Arebi. Applications open via the GFF website on February 17, with an information day at the festival on February 28.

The 16th Glasgow Film Festival will open on February 26 with Alice Winocour’s Proxima; and close on March 8 with Coky Giedroyc’s How To Build A Girl, both UK premieres.