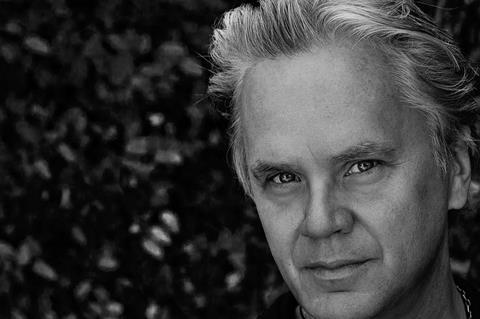 The actor, director, producer and screenwriter will also present two of his films at the festival – Bob Roberts (1992) and Cradle Will Rock (1999), both of which take in the crossover of politics and music in the United States.

Robbins will also give a concert at the festival, as part of his group Tim Robbins and The Rogues Gallery Band.

The East of the West section covers first and second films from Central and Eastern Europe, the Balkans, the former Soviet states, Turkey, Greece and Cyprus, will now be enriched by films from the Middle East.

The three members of the jury for the documentary section are programmer Raúl Camargo, director Mohamed Siam and Diana Tabakov, head of acquisitions and film programming at SVoD platform Doc Alliance Films.

The festival has added other special guests to its line-up, including Terry Gilliam, who will present his recent Cannes premiere The Man Who Killed Don Quixote. Gilliam previously presented Tideland at KVIFF in 2005.

Further additions to the programme include actor Caleb Landry Jones presenting To The Night, which he stars in and has its world premiere in competition at KVIFF; and The Parting Glass presented by director Stephen Moyer, actor Anna Paquin, actor and writer Denis O’Hare and producer Cerise Larkin

The festival will also host presentations from actor Rory Cochrane and producer John Lesher of their film Hostiles; director Romain Gavras of his recent Cannes premiere The World Is Yours; actor Thomasin Harcourt McKenzie of Debra Granik’s Sundance title Leave No Trace; and a discussion session with producer Greg Shapiro (The Hurt Locker).

This year’s festival will close with Gilles Lellouche’s Sink Or Swim, a comedy about a man who tries to alleviate his mid-life crisis by joining a synchronised swimming team.

The film line-up was announced last month, with titles competing in the main competition including the world premiere of Radu Jade’s I Do Not Care If We Go Down In History As Barbarians.