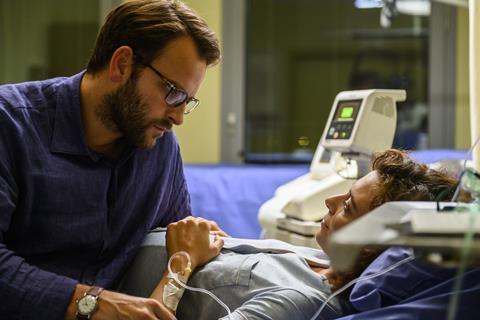 Superheroes explores the relationship between a physics teacher and cartoonist, played respectively by Alessandro Borghi and Jasmine Trinca, at the beginning of their courtship and 10 years later. It marks the latest feature of Genovese, who has since directed upcoming drama The First Day Of My Life, starring Toni Servillo. It was released in Italy in December 2021 via Medusa Film.

The festival in the Czech Republic will close with Miller’s Three Thousand Years of Longing, starring Tilda Swinton and Idris Elba, which premiered at Cannes in May.

Schreiber last visited the festival in 2004 with actor Elijah Wood to introduce the Czech-filmed Everything is Illuminated (2005). This adaptation of Jonathan Safran Foer’s story of a young American looking for his roots in Ukraine marked Schreiber’s directorial debut. Schreiber felt an affinity for the subject of Foer’s book because his mother has roots in Ukraine’s Jewish community.

His attendance will come as KVIFF welcome a Ukrainian delegation and host the works-in-progress platform of Ukraine’s Odesa Film Festival, which was cancelled this year because of the Russian invasion.

Industry veteran Paillard, who stepped down as head Cannes’ Marché du Film last month after 27 years, will receive a special tribute to his career including the screening of 1993 film The Flood, which Paillard produced.

The festival has also added short Level 34, an adventure story from US director Zach Breder, and the world premiere of US filmmaker Alan Hicks’ documentary My Sister Liv. Both will screen in the People Next Door section.