Mary is Happy and On Happiness Road win Taipei awards 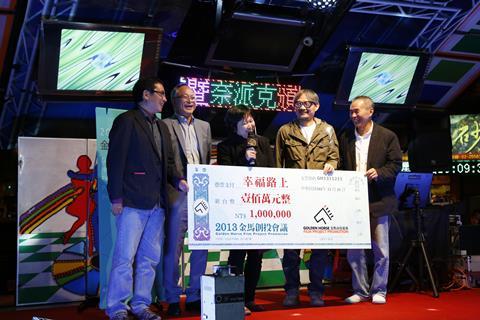 Based on around 400 tweets from a high school girl in Thailand, Mary Is Happy, Mary Is Happy won the award “for its freshness, originality and clarity in molding a structural concept into a cinematic portrait of youth and transcending it with poetry and humor.”

The Golden Horse Film Project Promotion (FPP) also handed out a raft of awards with Sung Hsin-Yin’s debut animation project On Happiness Road taking the Grand Prize of $33,800 or NT$1m in cash (pictured).

Centered on a glamorous 36-year-old who returns, with a hidden failure, from the US to her childhood home on Happiness Road in Taiwan, the animation will feature drama, fantasy, comedy and family elements in a portrayal of the Taiwanese dream of happiness in the 1980s.

Sung’s was also one of the two projects, along with Liao Ming-Yi’s Blue Neck Ring, picked for the Central Pictures Corporation Award which allocates winners up to $16,900 (NT$500,000) in usage of its facilities, shooting equipment and post-production.

Given the Grand Prize with an oversized mock-up of a check for NT$1m at the end of the ceremony, Sung was moved to tears as she went onstage, but recovered nicely as she thanked the fest and Golden Horse Film Festival executive committee chair Hou Hsiao Hsien.

The awards ceremony was rounded off by copious amounts of Taiwanese night market cuisine and auteur director Hou singing two songs onstage as per Golden Horse tradition to start off a series of karaoke performances by prominent Chinese film industry figures.

(title/country/director/producer with family names in caps)