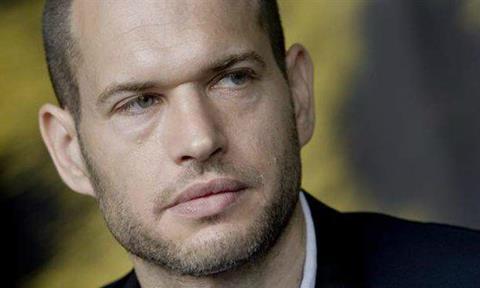 Israeli filmmaker Nadav Lapid [pictured] is gearing up for the shoot of his long-gestating Paris-set feature Synonyms in Paris this autumn with emerging compatriot actor Tom Mercier in the lead role.

Ben Saïd is at Jerusalem Film Festival as a member of the Israeli Feature Competition jury and with Philippe Garrel’s Lover For A Day, which is playing in the International Competition.

He took over as lead producer of the project from Anne-Dominique Toussaint of Les Films des Tournelles in late 2016.

“We’re friends, it was an amicable deal. Anne-Dominique was tied up in other projects so I took over the production,” explained Ben Saïd, who will also handle international sales and French distribution.

The project, which originally had the working title Micro Robert after the French-language, pocket-sized dictionary, revolves around a young Israeli searching for self-identity in the French capital. It is based on Lapid’s own experiences of living in Paris when he was younger.

“It will be Tom Mercier’s first major role,” said Ben Saïd of the young actor whose previous big-screen credits include 2016 teen drama The Ball Dance.

Co-producers on the film include Tel Aviv-based Pie Films, which produced Lapid’s last feature The Kindergarten Teacher, with the backing of the Rabinovich Fund.

“Pie Films have brought a big chunk of the budget,” said Ben Saïd.

Germany’s Komplizen Film have also come on board. SBS previously worked with Komplizen Film as a minority co-producer on Toni Erdmann. Under this new collaboration, the companies have tapped into the Franco-German mini-treaty between the German Federal Film Board and France’s CNC.

The French cinema arm of Franco-German broadcaster Arte is also on broad.

Synonyms is the third feature for Lapid after Policeman and The Kindergarten Teacher, which is currently getting a US remake with Maggie Gyllenhaal starring and producing and Sara Coangelo directing from her adaptation of Lapid’s original script.

Other upcoming productions on Ben Saïd’s SBS Productions slate include Agnès Jaoui’s ensemble social drama Place Publique, which recently became the first feature to be backed by telecommunication group Altice for its new premium channel aimed at series and features.

SBS is producing with Le Pacte handling international sales and also distributing in France. Altice has pre-bought the first and second pay-TV window, in a deal brokered with its head of original creation Nora Melhli.

“It will start shooting at the end of this month,” said Ben Saïd.

SBS Productions also has a 45% co-producer stake, with the backing of Arte, in Kleber Mendonça Filho’s upcoming Burucao about a filmmaker who ventures into a remote area in northern Brazil to make a documentary.

The company was a partner on the Brazilian filmmaker’s previous feature Aquarius, about a retired music critic (Sonia Braga) fighting the redevelopment of her apartment block in an upscale neighbourhood in Recife.

“It will start shooting at the end of 2017 or early 2018 in northern Brazil,” revealed Ben Saïd. “It’s very different film from Aquarius. It takes place in a near future, around 2080. It’s a small action movie, in the vein of John Boorman’s Deliverance.”

“The script is written but we don’t have a final version yet – it’s getting a polish. We hope to shoot at the beginning of 2018, spending three weeks in Tuscany for the exteriors.”

The company is also involved in Ira Sach’s new feature to follow Little Men. “It’s called Switzerland and should shoot in 2018. That’s all I can say for now.”