New projects from ‘The Father’, ‘Born To Be Blue’ producers in Ontario Creates iff forum (exclusive) 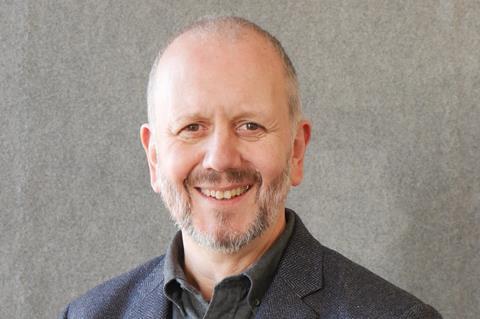 New projects from producers and production companies behind The Father, Born To Be Blue, Mustang and I’m No Longer Here are among the roster at the virtual 16th Ontario Creates International Financing Forum (iff) set to run from September 12-13.

The two-day co-financing and co-production market, which will run online due to the pandemic, serves international and Canadian producers developing mostly English-language projects and takes place in association with Toronto International Film Festival.

Sessions encompass one-on-one producer and executive meetings with 42 executives in attendance including new companies like Voltage Pictures, IFC Films, Elle Driver, Netflix and WME; an exclusive panel discussion; a producers meet-and-greet to discuss pressing industry topics; and two roundtables on the future of financing hosted by Mogul Productions and BlockFilm.

iff 2021 is produced by Larisa Gutmanis and will be presented via a digital platform with producer and executive meetings scheduled across international time zones. Projects include diverse and LGBTQ-themed narratives, female-driven stories, comedies, romance, and drama.

Heart Land, a horror feature that David Parfitt (The Father, Shakespeare In Love, pictured), Byron A. Martin and David Carson will produce. Weta Workshop creature designer Richard Taylor is on board and the producers have assembled a $15-30m P&A fund for a 2,000-screen North American release;

Not Made For This World, a Hollywood-set drama from German producers Anja Uhland and Joanna Colbert of Uhlandfilm (Deniz Gamze Ergüven’s Mustang). Antonia and Francesca Pollack will direct;

Animal, a drama from Greek producers Maria Drandaki and Maria Kontogianni of Homemade Films (Limbo, Her Job, The Miracle Of The Sargasso Sea). Sundance Screenwriter’s and Director’s Lab alumnus Sofia Exarchou (Park) wrote the screenplay and will direct;

The Mesopotamian, a romantic drama from Brooklyn-based producer Gerry Kim (I’m No Longer Here) and Turkish-born filmmaker Esra Saydam of PPW films. Esra Saydam (Across The Sea) wrote and will direct;

Any Means Necessary, a drama about the Spycops undercover police scandal from UK producers Alastair Clark and Anna Griffin (Calibre). Sandra Goldbacher (The Governess, Me Without You) will direct;

Since 2006 more than 100 projects launched at iff have been financed and produced, with several others currently in production and post-production. Prior titles include TIFF premieres Castle In The Ground, Sharkwater Extinction and Maudie, as well as The Tale and Incendies.

The forum is made possible by founding partners Telefilm Canada and the UK’s department for international trade. Click here to read the full selection of Ontario Creates iff 2021 producers and projects.