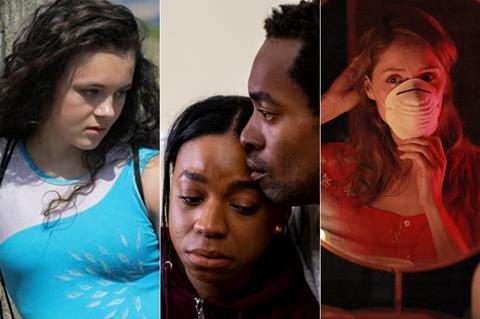 Eva Riley’s sibling drama Perfect 10 is on the list, adding to its selections on four lists last week for debut director, debut screenwriter (both for Riley), breakthrough producer (Jacob Thomas) and twice in most promising newcomer (Frankie Box and Alfie Deegan).

Also selected on its fifth list is Rene van Pannevis’ crime drama Looted. van Pannevis was longlisted for debut director, and for debut screenwriter alongside Kefi Chadwick; while Jennifer Eriksson and Jessie Mangum were recognised in breakthrough producer, and Charley Palmer Rothwell in most promising newcomer.

Three documentaries are on the Discovery longlist: Vicki Lesley’s The Atom: A Love Affair, Vaughan Pilikian’s Flight, and Yemi Bamiro’s One Man And His Shoes.

According to BIFA, the Discovery award “highlights innovation, uniqueness of vision, maverick filmmaking and risk-taking, generally in fiction films with a budget under £500,000 and no, or very limited, theatrical distribution deals in place.”

In response to the Covid-affected distribution landscape, the BIFA nomination committee expanded eligibility to include films that played at fewer than 25 theatrical sites.

Previous recipients of the Discovery award include Ben Wheatley for his debut feature Down Terrace.

In addition to those mentioned above, longlists for international film and documentary were also announced last week.

The final five nominations will be announced in all categories on Wednesday December 9, with the winners to be revealed in February 2021.

One Man And His Shoes, dir. Yemi Bamiro