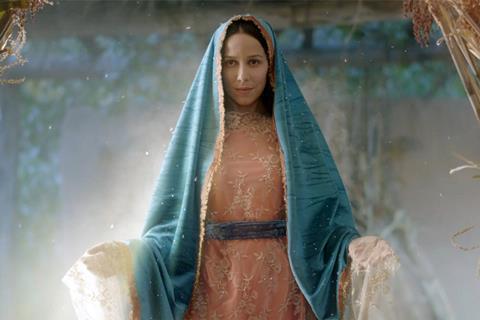 Los Angeles-based Vision Films has closed a deal with Mexican exhibitor Cinemex to release faith-based feature Lady Of Guadalupe across the Spanish-speaking country next month.

The drama, purportedly based on a true story, will open on December 10 and screen in more than 200 cinemas throughout Mexico in Cinemex partner venues.

Guillermo Iván (Telemundo’s Al Otro Lado Del Muro) plays a skeptical reporter who becomes a believer after he studies the legend of Juan Diego and Our Lady of Guadalupe for an article about faith.

Juan Diego was a 16th century Aztec peasant who claimed to have seen apparitions of Our Lady Of Guadelupe, a Catholic name for the Virgin Mary.

CEO Lise Romanoff announced the sale on Monday (November 30) with Cinemex deputy director of programming Javier Reyes and the executives said the release was timely and inspirational.

Coming off a busy AFM, Romanoff told Screen that postponement of heavyweight studio theatrical releases due to the pandemic left gaps in the schedules of distributors and TV channels that have created opportunities.

“We just licensed our newest Christmas film Christmas With A Crown to Canal Plus in France and will create the French dub and deliver to them in record time,” she said.