International buyers should keep an eye on this selection of projects from Spanish filmmakers including Iciar Bollain, Cesc Gay and Alex de la Iglesia. 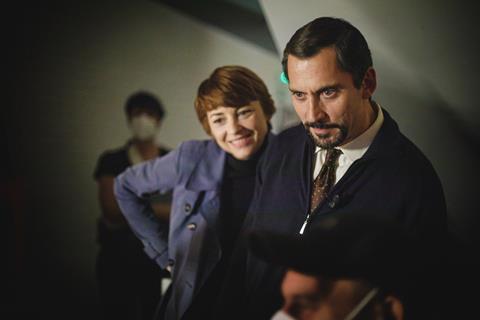 Dir. Carla Simon
Following her win in Berlin four years ago with Summer 1993 (best first feature award and Generation K-Plus’s grand prix), Carla Simon is now shooting Alcarràs in Spain. Produced by Avalon, and featuring non-professional actors, the story revolves around a family of peach farmers who come together to harvest for the last time. The shoot was scheduled for summer 2020 but was postponed due to the pandemic. Simon had to wait for the next peach season before production could start up again. International sales are being handled by mk2 Films. Contact: Olivier Barbier, mk2 Films

Dir. Felix Viscarret
Based on the novel From The Shadows (Desde La Sombra) by Juan Jose Millas, the film tells the surreal story of a man who hides inside a wardrobe while it is being delivered to a family. Having lost his job, the man finds himself in the family’s home where he watches them from the shadows. Now in post-production, From The Shadows is directed by Felix Viscarret, best known for Patria and Under The Stars, and stars Paco Leon, Leonor Watling and Alex Brendemühl. Latido has sales rights. Contact: Marta Hernando, Latido Films

Dir. Pilar Palomero
Palomero is now in pre-production on her second feature about a 14-year-old girl who falls pregnant. It is produced by BTeam Pictures and Inicia Films with France’s Les Films du Worso. Shooting starts this autumn. Palomero’s debut film Schoolgirls premiered in the Berlinale’s Generation KPlus in 2020 and went on to win four Goyas, the Spanish Film Academy awards, earlier this year. Contact: Inicia Films

Dir. Iciar Bollain
The latest film from Bollain — which is nearing completion — takes its title from Maixabel Lasa, whose husband was assassinated by Basque terrorist organisation ETA. Years after the murder she receives an unusual request: one of the killers asks to meet her in prison, where he is serving a sentence after breaking his ties with the terrorist gang. This true story inspired Bollain — whose credits include Rosa’s Wedding — to co-write with Isa Campo and direct this drama. It stars Blanca Portillo and Luis Tosar, who the director worked with on Even The Rain and Take My Eyes. Buena Vista International Spain is set to release the film theatrically in the territory in September. Film Factory is on board as sales agent. Contact: Film Factory Entertainment

Dirs. Gaston Duprat, Mariano Cohn
The Argentinian directing duo are in post-production on the comedy Official Competition, starring Penelope Cruz, Antonio Banderas and Oscar Martinez. Cruz plays a renowned filmmaker recruited by a billionaire determined to finance a cinema masterpiece starring a Holly­wood heartthrob (Banderas) and a radical theatre actor (Martinez). The Mediapro Studio production is being sold by Protagonist Pictures. Duprat and Cohn have experience of festival competition: their film The Distinguished Citizen won Venice’s best actor award for Oscar Martinez in 2016 and they returned to the Lido in 2018 with My Masterpiece. Contact: Protagonist Pictures 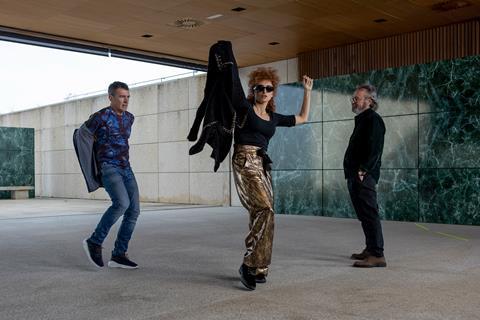 Stories Not To Be Told

Dir. Cesc Gay
Gay goes back to the episodic story structure of his 2003 film In The City, with five tales about the embarrassing situations in which people find themselves. They include a public humiliation, making an absurd decision or meeting somebody unexpected. Gay is reuniting with regular producer Marta Esteban of Imposible Films and co-writer Tomas Aragay for the picture, which is in post-production. It has an all-star Spanish cast that includes Maribel Verdu, Antonio de la Torre, Jose Coronado, Alex Brendemühl, Belen Cuesta, Chino Darin and Maria Leon. Filmax has international rights. Contact: Filmax

Dir. Alex de la Iglesia
Some holidays can turn nightmarish, as the characters discover in the new feature from black comedy specialist de la Iglesia, who tackles the issue of damage global tourism can do to a city. Veneciafrenia is about a group of Spanish tourists who are left fighting for their lives when they become the target of some angry Venetians. The film is in post-production and part of the Fearcollection, a series of works produced in collaboration between the director’s Pokeepsie Films and Sony Pictures International Productions, in association with Amazon Prime Video. Contact: Michael Rifkin, Sony Pictures Entertainment

Dir. Elena Lopez Riera
The Water is Lopez Riera’s much-anticipated debut feature following her acclaimed shorts Pueblo (selected for Directors’ Fortnight 2015) and Those Who Desire, winner of the Pardino d’Oro for best short at Locarno in 2018. Luna Pamies, Alberto Olmo and Barbara Lennie star in the film, set in a Spanish village where the threat of flooding is interwoven with tales of womanhood. The director was inspired by stories told by the women in her family. The Water is a co-production between Switzerland’s Alina Film and Spain’s SUICA­films with France’s Les Films du Worso. Streaming platform Filmin has Spanish rights. Contact: SUICAfilms

Dir. Inaki Sanchez Arrieta
This environmental thriller is set in a small rural community in a beautiful nature reserve, where the water is drying up and old-fashioned traditions clash with modern-day sensibilities. Raul Arevalo stars as a biologist who tries to protect the reserve, putting himself and his family in danger when threats by the locals start to escalate. Paz Vega and Roberto Alamo also lead the cast. Sanchez Arrieta’s credits include Zerø. Vertice is releasing the film in Spain in October, and Film Factory has international rights. Contact: Film Factory Entertainment

Dir. Imanol Uribe
Veteran Spanish director Uribe, best known for Running Out Of Time, and production companies Bowfinger International Pictures and Tornasol Media are behind this thriller, which is based on true events: the assassination of six Jesuit priests and two women (a cook and her teenage daughter) in El Salvador in 1989. They were shot at their lodgings at the Central American University. One of the priests murdered was Ignacio Ellacuria (played by Karra Elejalde in the film), UCA rector and liberation theology advocate. The film focuses on the key witness to the murders, played by Juana Acosta. What Lucia Saw is now in post-production with Latido handling international rights. Contact: Fabrizia Palazzo, Latido Films