Henrik Bastin, the Swedish CEO of LA-based production company Fabrik Entertainment, tells Screen about the opportunities for European creatives across the money-spinning US TV landscape. 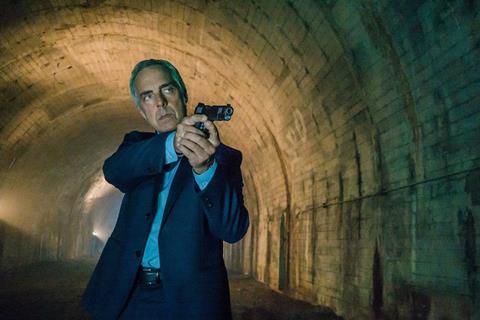 Adapting European television formats for US audiences has been a lucrative business for plenty of companies for plenty of years. But there are other ways to import European creative expertise into the American TV market, believes Henrik Bastin, CEO of Fabrik Entertainment, the Los Angeles production company that’s part of Germany’s Red Arrow Studios group.

“It’s changing from formats to creators,” says Swedish ex pat Bastin. “Two years ago we really started to dig into this, meeting German and Scandinavian creators of shows that we were fans of from their local markets. It sounded like a big leap for buyers, and it still is for some. But we’ve managed to place two shows based on original ideas from Scandinavian creators with US networks.”

Specialising in scripted drama and best known for its long-running Amazon crime series Bosch, Fabrik benefits in several ways from being majority owned by Red Arrow, which includes 20 production companies – four in Los Angeles alone – in seven territories and a global distribution arm.

Itself owned by theProSiebenSat.1 media group, Red Arrow is now “very much focused on growth in the US, because that’s where the TV business, especially, is still booming,” says Bastin (who two years ago took over the minority stake in Fabrik that he previously shared with LA-based Danish transplant Mikkel Bondesen).

One benefit is access to formats, and Fabrik, whose past projects have included European format-based US cable seriesThe Killing and The Comedians, is currently working on “several projects that have come through the Red Arrow family,” Bastin confirms.

Another benefit is the availability of financial and distribution resources. Because of the link with Red Arrow, “we have access to money for development, for optioning material at a high level and for commissioning scripts,” says Melissa Aouate, the former ICM literary agent named president of Fabrik last year. “Further than that, we can have them finance and be the studio. And even further, they can do the distribution.”

The push to bring European creatives as well as formats across the Atlantic is a result, partly of suitable formats becoming harder to find after the last decade’s Nordic Noir boom and partly of the qualities Bastin sees in TV writer-producers from his part of the world.

“Scandinavians are very good at English,” the Fabrik CEO, who relocated to the US in 2009, points out, “and they’ve been great at storytelling for a long time. And they all, to a certain extent, share the same dream I had from the beginning – if you’re in this business you want to be here.” 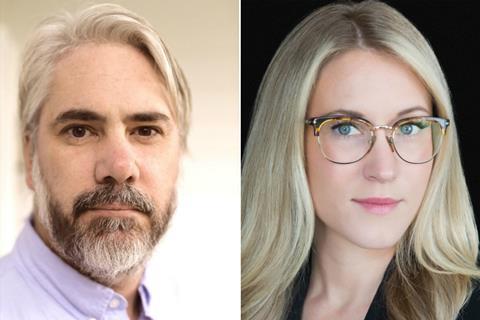 Though they say they’re not yet at liberty to identify the streaming platforms concerned, Bastin and Aouate provide a few details of the two drama series already set up at US outlets.

One - with what Aouate describes as “a really interesting interactive component” - comes from Anders Weidemann, creator of 30° In February, the drama series made for Swedish public broadcaster SVT and bought by Netflix for the US and international markets. Weidemann has been teamed with American writer-producer John Mankiewicz (who also works on Bosch) on the project, which is in pre-production with Fabrik as executive producer and backing from a US studio.

The other series is based on what Bastin labels “an almost ridiculously big sci-fi idea” from Andreas Öhman, writer-director of Swedish feature Endless Summer. Öhman has been paired with Christian Taylor, a writer-producer with credits on Lost and Luke Cage, and having already completed a spec script the two are now writing subsequent episodes. Bastin says the plan is to shoot the big budget series – on which Fabrik will be the producing entity and Red Arrow the studio and distributor – in Northern Ireland and Iceland.

Fabrik’s development slate includes a series from Andy Serkis’ The Imaginarium inspired by the work of neurologist Oliver Sacks and a couple of projects that could be made primarily for an international network – as Fabrik has done in the past with such series as 100 Code, for Scandinavia’s SBS Discovery and HBO Nordic - before being sold into the US.

Bastin suggests, however, that the company’s business plan doesn’t require high production volume, just enough development – of material from formats, European creators or wherever else - to keep the production cycle going.

Says the Fabrik CEO: “We made a very strategic choice that we could either build out and become one of the bigger production companies and start competing directly with Anonymous Content or Eone, or take a more measured approach and say we’re a company that should have ten projects in development and one always in production.”

That way, he goes on, “hopefully, eventually we’ll start getting more shows that stick for a second season. And that’s how we build our slate.”