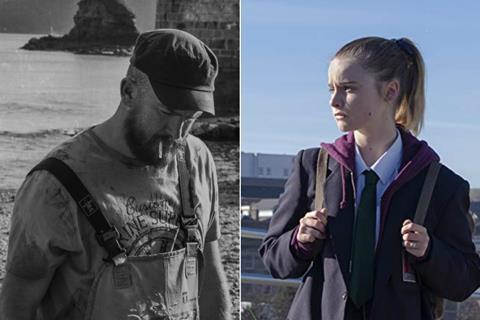 Mark Jenkin’s breakout hit Bait and Shelly Love’s pregnancy drama A Bump Along The Way are among the 16 titles longlisted for the Raindance Discovery award at this year’s British Independent Film Awards (BIFAs).

The 16 films will be whittled down to five nominated titles by BIFA voters and announced next week (Oct 30) alongside the other BIFA nominations.

Films eligible for the Discovery award must have a maximum budget of £500,000.

Where a film achieves the nomination threshold in one of the three former categories, it will be ineligible for the Discovery award and replaced by the next highest-scoring title in the voting process.

The longlists for debut director, debut screenwriter, and breakthrough producer – as well as most promising newcomer – were announced last week.

Titles to appear in both these categories and the Discovery longlist are: Bait, A Bump Along The Way, Children Of The Snow Land, Good Posture, Hilda, Mari, Pink Wall, and Tucked.

The 2019 BIFAs will take place at Old Billingsgate Market in London on Sunday, December 1.