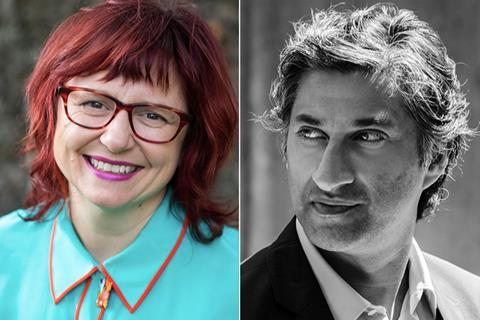 The festival is set to next take place from June 23-28, 2022 and aims to be a predominantly in-person event, after this year’s hybrid edition.

In addition to steering the 2022 festival, Stewart, who hails from Australia, will work with the festival’s board and senior team on a new, long-term strategy for Sheffield Doc/Fest.

Oscar and Bafta-winning filmmaker Asif Kapadia will be a first-of-its-kind guest curator for the festival. London-born Kapadia, whose directing credits include Senna, Amy and Diego Maradona, will personally select some sections of the screenings programme and work with the team on events, talks and other initiatives.

The festival has today also opened the search for a new senior programmer who will work with Stewart on the overall selection for this year’s festival. The position will also work collaboratively with partnerships and operations director Sylvia Bednarz and industry director Patrick Hurley. Bednarz takes on an expanded role incorporating operations.

“It is a privilege to have the opportunity to build on the legacy of past leadership and to work with the board of trustees and the dedicated Sheffield Doc/Fest team at a time when the landscape for festivals, documentary makers and audiences is shifting so radically,” said Stewart.

“Clare’s track-record inspiring and delivering change in the international film festival arena is exemplary,” added Alex Cooke, Sheffield Doc/Fest chair. “We are confident she will make a positive impact on the festival’s future as well as continue to support our commitment to nurturing local talent.”

The unveiling of the new leadership team comes after a period of flux for the festival. In August of last year, Cíntia Gil left the position of festival director over “artistic differences”, according to a statement from the festival.

Gil held the position for two years. Following her departure, Bednarz took over as interim managing director. In the same week, deputy director and long-time Doc/Fest staffer Melanie Iredale also departed the festival to take up the reins as director of Birds’ Eye View.

At the end of August, the programming team issued an open letter criticising the festival’s board of trustees following the departure of Gil, stating they had been “silently locked out of our email accounts and all traces of our presence at the festival – names, photos, information about our work – were scrubbed from the website” and told they needed to reapply for their jobs.

The programmers questioned “the purpose and ethics of festivals run by boards predominantly made up of broadcasters and commissioners with a vested interest in showcasing projects whose distribution future is already predetermined”.

The board then issued a statement to Screen apologising for “not communicating better” following the end of the programming team’s contracts.

Luke Moody, the festival’s former director of programming, left on negative terms in 2019, criticising the “factual TV dinosaurs” for what he deemed was “putting forward a colonial focus” on international issues.