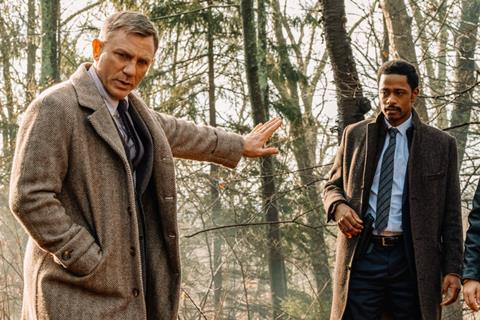 Amazon has forged a multi-year deal with Lionsgate that will see it become the first window streaming home to the studio’s feature films in the UK.

The agreement, which begins January 1, 2020, will include titles from Lionsgate’s upcoming theatrical slate such as Rian Johnson’s whodunnit Knives Out, Roger Aisles drama Bombshell and action feature Angel Has Fallen.

The films will be available to Amazon Prime members in the UK or those subscribing to the monthly standalone Prime Video service. Other titles set to be made available include Armando Iannucci’s The Personal History of David Copperfield and wartime action feature Midway.

The deal comes as streaming services ramp up their activity in the UK. Apple TV+ launched in more than 100 countries including the UK on November 1, the BBC and ITV launched Britbox on November 7 and Disney+ is coming to the UK on March 31, 2020. Netflix remains a major player with 11 million subscribers in the UK compared with Prime Video’s 8 million.