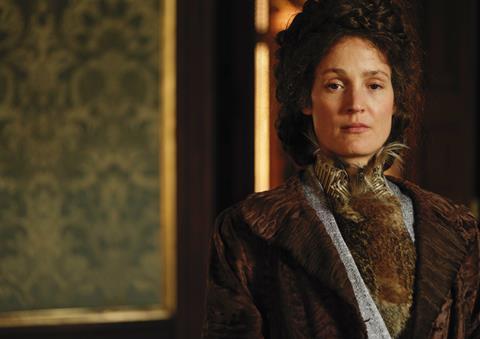 The company is launching sales on the film at the EFM next week (March 1-5), just as it starts filming in Austria. It is due to shoot from March to July, first in Vienna and Lower Austria and then in Luxembourg from June.

Affectionately known as Sisi, Empress Elisabeth of Austria was one of the most high-profile royals of her time, admired and scrutinised by all. Her life has inspired numerous films and dramas over the years, most famously Ernst Marischka’s trilogy starring Romy Schneider.

Kreutzer has decided to focus on a short period of the empress’s life around Christmas 1877 when she turned 40, an age considered old for women at the time.

”Marie Kreutzer’s bold vision delivers a timely reflection on a woman’s worth and agency, she pulls back the curtain on Sissi revealing the modern aspirations and darkest secrets of this disruptive early influencer,” said mk2 films head of sales Fionnaula Jamison.

Krieps is joined in the cast by Florian Teichtmeister as husband Emperor Joseph, Manuel Rubey as cousin and close friend Ludwig II, King of Bavaria and Katharina Lorenz as lady-in-waiting and confidante Marie Festetics.

The film is being produced by Alexander Glehr and Johanna Scherz of Vienna-based Film AG. The company produced Kreutzer’s fifth feature, the contemporary drama The Ground Beneath My Feet which world premiered in competition at the Berlinale in 2019.

Bernard Michaux at Luxembourg’s Samsa Film, Janine Jackowski, Jonas Dornach and Maren Ade at Germany’s Komplizen Film and Jean-Christophe Reymond at France’s Kazak Productions are on board as co-producers.

Munich-based Alamode has acquired German-speaking rights for a planned 2022 release.