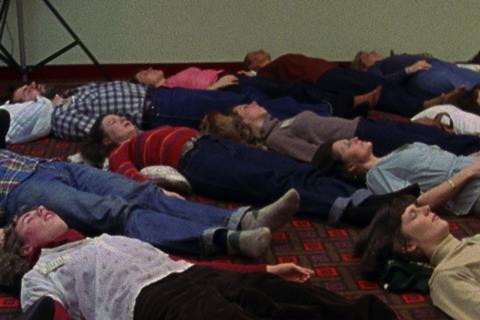 Pia Borg’s “documentary horror” Michelle Remembers was among a raft of winners at TorinoFilmLab’s annual Meeting Event, which shifted entirely online this year due to the pandemic.

The co-production forum, which usually takes place in the Italian city of Turin, virtually awarded its prizes this evening, marking the end of the five-day event that ran November 16-20.

The first of two €50,000 TFL production awards, funded by Creative Europe, went to Michelle Remembers, a documentary exploring the case of a young woman who unearthed memories of satanic abuse under hypnosis and sparked panic around the world.

Directed by Maltese-Australian director Borg, whose short Demonic debuted at Cannes Critics’ Week in 2019, the film is produced by Australia’s Ritual Pictures and co-produced by France’s 5 à 7 Films.

The other €50,000 production award went to The Mysterious Gaze Of The Flamingo, a Chilean drama set in 1984 in which a girl fights against rumours of a disease said to be spread by gay men through their gaze.

Produced by Giancarlo Nasi of Santiago-based Quijote Films, it will mark the feature debut of Chilean writer-director Diego Céspedes, whose short The Summer Of The Electric Lion won the top Cinéfondation prize at Cannes in 2018.

Two further TFL production awards, worth €40,000 each, went to The Caravan by Czech writer-director Zuzana Kirchnerová, which follows a single mother on a road trip across Italy with her disabled son; and Diaphanous, a Hong Kong-France co-production by Iranian filmmaker Dornaz Hajiha, produced by Chinese Shadows CEO Isabelle Glachant.

The film, which centres on the murder of indigenous Argentinian activist Javier Chocobar by a white landowner, previously won a top prize from Locarno’s The Films After Tomorrow initiative, aimed at projects that had stalled due to the Covid-19 pandemic. It received a further boost this week via International Film Festival Rotterdam’s Hubert Bals Fund.