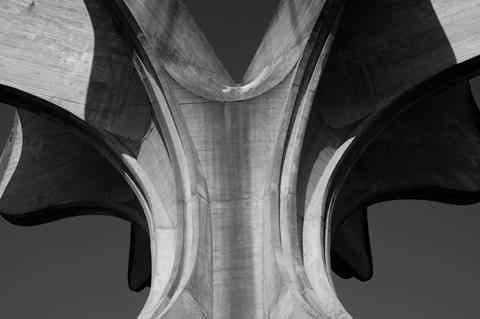 Combining 16mm footage of brutalist monuments in the former Yugoslavia, the words of 1930s philosopher and science fiction writer Olaf Stapledon (read by Tilda Swinton) and a score which is simultaneously exaltant and saturated with dread, Last And First Men is a stunning work of beauty and horror. The only feature length film to be directed by the late Johann Johannsson, the Icelandic composer who scored Arrival and Sicario, this is a haunting picture which finds in its grainy images of carved concrete an ominous message for humankind.

The Last Men have a mission: “We want to help the past make the best of itself.”

This film was completed posthumously, having also passed through an incarnation as a multimedia work which was presented as a live performance at the Manchester International Festival in 2017. Johannsson died a year later.  His reputation as a film composer should ensure this last work finds an cinema literate audience, but the timeliness of this missive from a future version of humanity – the ‘Last Men’ of the title – and the austere power of its execution could resonate further.

Stapledon’s text, written close to a century ago, takes on a newly urgent significance. Swinton’s precise, crystalline narration talks of the always precarious nature of human existence, threatened by environmental pressures, “a more that usually malignant microbe… or the manifold effects of its own folly”.

She gives voice to the Last Men, a species “recognisably human but in your view grotesque”, which communicates with our time from 2000 million terrestrial years in the future. Potentially immortal, linked by a telepathic group mind, covered in mole hair, with an eye which gazes directly into space from the top of the cranium, these are humans, but not as we know them. Channelled across a vast chasm of time, in the shadow of a rapidly approaching end point, the Last Men have a mission: “We want to help the past make the best of itself.”

The visual component of the film also brings with it a layer of significance. The sculptures, or “Spomenik”, were built during the Communist period to commemorate tragedies of Balkan history, on the sites of WWII battles, concentration camps and genocides. Within Yugoslavia, they were symbols of unity. Now, neglected and spread among the divided Balkan republics, they are emblematic of a failed socialist utopian vision.

Shot, with heightened grain and contrast, by Sturla Brandth Grøvlen, the sculptures seem simultaneously organic and aggressively artificial. Slow camera pans give the impression of incremental growth or movement; clever framing leaves looming monoliths hanging, suspended, in the sky. And in the chiselled angles of the monuments, faces appear and dissolve, almost human but not quite. These are the only hints of mankind in a landscape which is barren and deserted.

Not surprisingly, it is through the music that Johannsson delivers the film’s considerable emotional impact. Through a delicate stara of orchestral arrangements and diffuse, cloud-like voices, the score conveys wonder and dread in equal measure. “We are the wreckage of our former selves…”. Swinton’s delivery is calm, resigned; the film, although gazing at the extinction of the species, finds optimism in its idea of what we might eventually become.

Screenplay: Jóhann Jóhannsson, José Enrique Macián, based on the novel by Olaf Stapledon