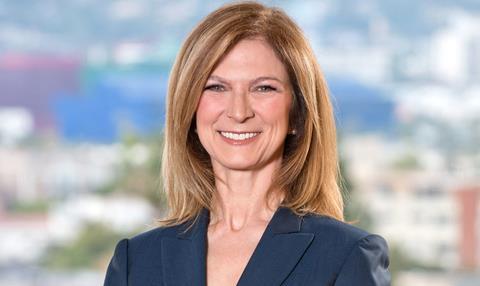 This time last year, the Academy of Motion Picture Arts & Sciences (Ampas) found itself in the spotlight over the #OscarsSoWhite controversy.

Initially an angry reaction on social media over the lack of diversity in nominations, focused in particular on the four acting categories where not a single person of colour was represented, the debate mushroomed into a full-blown media firestorm.

As the representative body for the Hollywood industry, the Academy bore the brunt of the criticism. To its credit, it responded quickly, introducing a series of reforms in late January — prior to the 2016 ceremony — designed to make the membership, governing bodies and voting members significantly more diverse. With Ampas president Cheryl Boone Isaacs driving the agenda, the Academy committed itself to doubling the number of women and diverse members by 2020.

While the diversity push received an enthusiastic reception for the most part, some in the US industry were less receptive to at least one aspect of the reforms, which was to limit members’ voting status to 10-year terms, renewable at the end of a decade only if that person remained active in the industry. Some older, veteran members of the Academy felt they were being targeted as one of the reasons behind the lack of nomination diversity, in light of a root-and-branch clearout to instantly bring down the average age (and composition) of voters.

With Barry Jenkins’ Moonlight, Denzel Washington’s Fences and Theodore Melfi’s Hidden Figures looking to figure prominently in the current awards season, this year is shaping up to feature a far more diverse line-up of nominees than last. It’s going to take time for change to have a meaningful impact, but the Academy’s adjustments represent an important step forward.

Screen met up with Hudson at Ampas’s Wilshire Boulevard headquarters.

How have the reforms announced earlier this year been received by the industry?

There were three parts: to make the governance more inclusive; to have a very ambitious goal of doubling our members of colour and women; and the third part was making sure our voting body were either currently active in the film industry in the last 10 years or have had a body of work that would signify they should be voting on the Academy Awards, in order to continue the integrity of the Awards.

The thing that was confusing — and we understand now how it was misunderstood or misconceived — was the conversation about who is voting on the Academy Awards. We have an obligation as the board of directors in our bylaws to make sure that our voting body is active in our industry. [Being announced] at the same time with the other policies for inclusion, some people felt like, “Wait a minute, are you saying anything negative about the current voting body?” And we really didn’t mean to link those two at all.

How many current members were affected by the new rules regarding 10-year renewable voting limits?

We wanted to commit to the guidelines set in 1972 by Gregory Peck and the board of that time to say that the body of voters in the Academy are the most qualified and of the highest order in our industry, full stop. So we did a very rigorous review of that body, and there were a few people who had moved on to other professions. But it was very few and we have asked that handful of people to move into an emeriti, non-voting status.

They can still participate in every other way: they come to screenings, have access to all our programmes, and they’re a part of our Academy. We just wanted to make sure that our voters were the most eminently qualified. It was fewer than 1% of members that were asked to move to this status, and most of them willingly did.

You also declared that anyone who qualifies for three 10-year voting terms then becomes a voting member for life.

If you are making films for 30 years, then you are eminently qualified. But the other two measures were very important. They were a continuation of programmes that had been discussed for a long time in board committees and to some degree we had enacted them.

We had been more proactive in our outreach for all new members who had been overlooked, including international members. I mean, the Dardenne brothers weren’t members when I first came in, and I said, “This is not possible.” But that incrementalism was not as effective as we wanted it to be so the board said, “Let’s really make a commitment to activate everyone in this Academy to look for talent — all of our staff, governors and committees.” They responded beautifully.

You reacted swiftly to the #OscarsSoWhite controversy. At the same time, given that Academy voters can only nominate films released within a given calendar year, was there any feeling that the Academy itself was being unfairly singled out, given that this is an industry-wide issue?

All of those executives and production companies, all of those heads of studios and companies — they are all members of the Academy. So they’re not as separate as you make them out to be.

What was the mood like at Academy headquarters when it was all taking place?

I don’t mean just diverse, I mean inclusive — you’re at the table and your voice is being heard. That’s what the Academy had been striving for for years.

But we realised we haven’t made the impact we want to. We haven’t signalled to the industry that this is where the Academy’s heart is, the Academy’s values. So we need to send a strong signal that this is what the Academy is about as an institution and as a leader in our industry. We’re hoping that all our members in a various capacity follow suit, each person doing what he or she can to move the conversation forward.

Of the 682 new members invited to join this year, 283 were international. Will the Academy continue to build upon this international push?

We’ve made that outreach a priority because film-making is global and artists are global, and this is the home for them. It’s just a realisation that film-making is already without boundaries. Pablo Larrain made one of my favourite films, No, which was nominated for an Academy Award [for best foreign-language film in 2013]. This year, he made Jackie and Neruda. That’s what’s happening in the world, people are crossing boundaries everywhere.

After #OscarsSoWhite, the situation looks much more promising for having a diverse 2017 Oscars. You can never predict one year to the next where strong films are going to come from, but do you take that as an encouraging sign?

I think if you say that because we have more films by film-makers of colour and about people of colour this year in the Oscar conversation than last year, “Oh, our work is done,” that’s completely false. Yes, the pendulum swings slightly but do we have a very truly diverse group of film-makers, women, film-makers of colour, making films at the level of their talent? No. We have a long way to go, but I think people are committed to getting there.

The Academy Museum is opening in 2018 now, which is a slight postponement.

Yes, it’s towards the end of 2018. They have dug down three storeys below ground level now so we are well into construction. When we talk about the number of people watching the Academy Awards or engaging in our social media, they will now have a physical place to revel in.

Are there any initiatives with China or any outreach happening there? That’s a country everyone is interested in, in terms of its rapidly growing and evolving industry.

The museum, like the Academy, will be international in the exhibition and in reach. The Wanda Group in China was an early donor to the museum, but it’s not just limited to China. We’re engaging film-makers everywhere. We go to different international film festivals. We went to the London Film Festival this year, to Goa. The goal is to have a real face to the Academy, a human connection with film-makers and our members everywhere.

What are the other key issues occupying your time?

We are developing an industry-wide talent development programme [comprising] 50 paid, eight-week internships for aspiring film-makers who will be placed throughout our industry — across studios, production companies and the guilds. [The aim is] to educate people that there are other professions in film besides directing: costume designing, editing, even accounting. That will start next summer. We’re recruiting them right now across the US and it’s mainly for underrepresented communities, from disabled aspiring film-makers to Latinos or African-American film-makers that are just not represented in Hollywood as much as they are in our population.