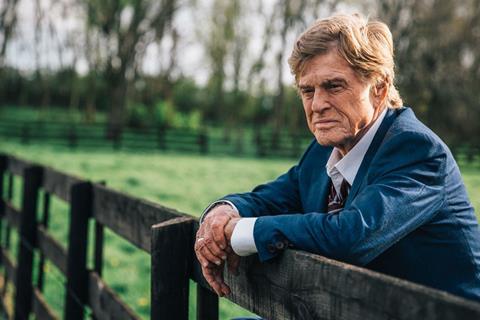 Half of the ten films have either a female director or co-director. As well as Rohrwacher’s film, they include Destroyer by Karyn Kusama, Joy by Sudabeh Mortezai, Too Late To Die Young by Dominga Sotomayor and Directors’ Fortnight opener Birds Of Passage, which Cristina Gallego co-directed with Ciro Guerra.

Room director Lenny Abrahamson has also been announced as jury president. His latest The Little Stranger will be released on September 21 in the UK via Pathe.

For the first time this year, the Best Film winner will receive their award in front of the public at a screening on Saturday October 20 at Vue Leicester Square. This builds on the popularity of the event’s annual Surprise Screening, one of the fastest-selling tickets at LFF.

The ten Competition films are:

Along with the world premiere of Wheatley’s Happy New Year, Colin Burstead, which stars Joe Cole, Charles Dance and Hayley Squires, the other UK project in the line-up is Peter Strickland’s In Fabric.

The Old Man & The Gun stars Robert Redford in what will be his final big-screen performance after recently announcing his retirement.

Competition titles will screen nightly across the festival at the Vue Leicester Square, the LFF’s new venue in 2018 for the Competition section.

Other films already announced for this year’s LFF include Mike Leigh’s Peterloo, which will premiere in Manchester and Yorgos Lanthimos’ The Favourite. It will open with Steve McQueen’s Widows and close with Jon S. Baird’s Stan & Ollie.

The full festival programme will be announced tomorrow (30 August).