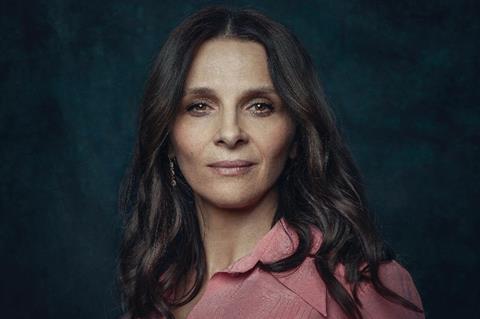 French actress Juliette Binoche is to be honoured with the Golden Icon award at the Zurich Film Festival, which is set to go ahead as a physical event next month.

She is set to present her latest feature, How To Be A Good Wife, at the festival and will receive the honour on September 30. Binoche will also discuss her career at a ZFF Masters session on October 1.

Binoche has more than 75 features to her name, including Anthony Minghella’s The English Patient, for which she won the Oscar, Bafta, European Film Award and Berlinale Silver Bear in 1997 for her performance.

The Paris-born actress made her feature debut with a minor role in drama Liberty Belle, which played at Cannes in 1983, but her international breakout came with her English-language debut The Unbearable Lightness of Being in 1988. Her performance in Krzysztof Kieślowski’s Three Colours: Blue saw Binoche win the best actress prize at Venice in 1993 and a Cesar.

She has subsequently been nominated for an Academy Award, for her role in Lasse Hallström’s Chocolat in 2000, and won best actress at Cannes in 2010 for her performance in Abbas Kiarostami’s Certified Copy.

More recently, Binoche has been seen in Hirokazu Koreeda’s The Truth, which played in competition at Venice last year, and Martin Provost’s comedy-drama How To Be A Good Wife, which topped the French box office in June when cinemas reopened following lockdown.

The 16th edition of the Zurich Film Festival is due to run September 24 to October 4, opening with the world premiere of Bettina Oberli’s My Wonderful Wanda.

Despite the ongoing Covid-19 pandemic, ZFF has said much of its line-up will be presented in-person by filmmakers where possible, and previously revealed its first gala titles. The complete programme will be announced on September 10.