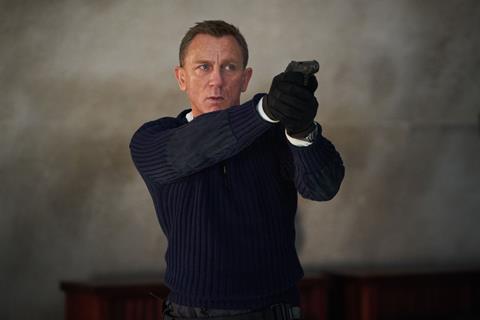 Figures released by the BFI have revealed a mixed message for film and TV production in the UK, highlighting record-breaking total spend in 2019 but also a sizeable drop in the local production market.

Overall, film and high-end TV production spend in the UK hit £3.61bn last year, representing a 16% increase on 2018 and setting an all-time record.

Of this, inward investment and co-production spend on titles such as Marvel’s Black Widow,  Eon Productions’ No Time To Die and Netflix high-end TV drama The Crown represented £3.07bn – up 30% from £2.37bn in 2018.

But spend on UK independent film production such as Edgar Wright’s Last Night In Soho and Rapman’s Blue Story totalled £175m – a 45% drop on the £319m spent in 2018. (Films such as No Time To Die and 1917 are not included in these figures are they are produced by UK talent but made using international finance.)

Referencing the local decline, BFI CEO Amanda Nevill underlined “the importance of ensuring that the independent sector, the lifeblood for this growing success, is properly supported.”

Nevill also said, more positively, the figures “show an incredibly vibrant picture, a sector that continues to grow, delivering billions to the economy and a wide spectrum of jobs all over the UK”.

In addition, film co-production in the UK saw a 37% uplift with £34m spent across 23 productions including Phyllida Lloyd’s family drama Herself, which was acquired for North America by Amazon Studios at Sundance this week.