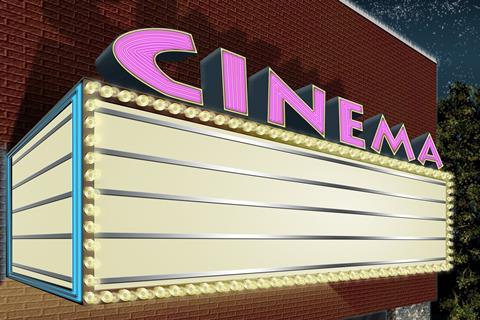 Cinemas are getting ready to reopen

The majority of UK independent cinemas would only survive three months with social distancing measures, according to a survey by the country’s Independent Cinema Office (ICO).

Although the survey of 497 respondents called ’Reopening Cinemas the Independent Way’ showed 59% considered they could open with social distancing measures in place, 63.5% said they would only last up to three months.

Of the 59%, 47% believed they will be able to open in September 2020 at the earliest, with just 13% expecting to reopen from July. The government has said recreational venues including cinemas should be able to begin trading again from July.

That majority was also questioned on what personal protective equipment (PPE) they are planning to put in place, with hand sanitiser stations the most popular answer (91%) ahead of face masks for staff (83%), gloves for staff (80%) and Perspex screens for box office (65%).

Just 13% said they were planning temperature machines to test audience members, with 3% planning for Perspex screens for auditoriums.

Respondents also predicted PPE would add 20% to day-to-day running costs, and cause at least a 50% loss of seating capacity, number of screenings, concession sales, and advertising revenue.

Other areas of concern mentioned by respondents included audience confidence – particularly among the older age groups who are more likely to visit independent venues; health and safety of staff, volunteers, and audiences; the need for financial support to remain closed and retain staff; and audience experience.

Of the 41% who said social distancing measures would prevent them from reopening, 62% cited a reduction in seat capacity (and therefore income) would be the primary obstacle, with 28% citing the physicality of the building.

72% of all respondents to the survey said a government ticket subsidy would be the support measure most likely to enable venues to reopen.

“This report demonstrates the uncertainty felt by our independent cinemas and festivals, and the need for the sector to be given priority funding in order for them to survive this health crisis,” said Catharine Des Forges, director, Independent Cinema Office.

“Independent cinemas are critical to keeping cinema culture alive. Over the past century audiences have continued to support their local cinemas – it is now imperative that we ensure our independent cinemas continue to be safe, welcoming spaces for everyone, and reopen when the time is right.”

The full survey is available on the ICO website.