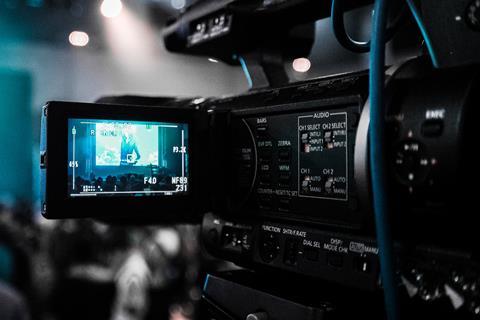 Production on pandemic thriller Songbird began in Los Angeles on July 8, marking the first shoot in the city since the lockdown as UK  director Adam Mason hailed “a real spirit of camaraderie” among his cast and crew.

In full compliance with health guidelines, Mason told Screen he and producers Michael Bay and Adam Goodman were raring to go after overcoming administrative hurdles including a temporary stop by the Screen Actors Guild that was resolved swiftly.

Songbird is expected to shoot for one month in various locations around Los Angeles.

“It’s very much a movie in the Michael Bay mould, but it’s also a love story between two people who can’t be together,” said Mason, who was thrilled how quickly everything came together after he and writing partner Simon Boyes wrote the screenplay during the early part of the lockdown.

Paramount Pictures president head Goodman is financing through his Invisible Narratives and Bay came on board alongside Goodman as producer with Catchlight Studios.

ICM Partners and Endeavor Content introduced the project to buyers at the Cannes virtual market last month the and the response was strong. They struck a deal with Leonine for Germany and further deals are expected to close soon.

Los Angeles-based Mason, whose credits include Hulu show Into The Dark, Blood River, and The Devil’s Chair, said the ideas came thick and fast once the world went into lockdown.

“My writing partner Simon Boyes called me up the day after the lockdown started and said we should write a movie that I would direct and we’d cast our actor friends in it,” said Mason.

“We used the time to put something creative together and make something. Coincidentally I’d been talking to Adam [Goodman] about another project about a month before the lockdown. Very quickly it became obvious to me that he would be a perfect person for this proposition, so we put together a 10-page call to arms about how we would keep going creatively and artistically. He immediately jumped on board and the next thing I knew he greenlit the movie and then Michael Bay came on board and it just it’s just snowballed from there.

“The thing that we really had on our side with the project was that we customised the narrative of the script to the lockdown and the rules and regulations of how we could actually make something,” Mason told Screen the evening before start of production.

“Basically the script was kind of built from the ground up, creatively with all of that very much in mind. The themes of the script are about isolation and separation and loneliness. One thing that came very quickly apparent to me was that more than ever we were using our cell phones and devices to communicate through the barriers of the lockdown, so that very much fed into the narrative.

“The themes of the movie kind of match our own angst as to what’s going on at the moment. So it was like a really good marriage. So instead of trying to retrofit an existing project into a Covid world, we started from scratch.”

Health and safety of all involved will be paramount as Songbird shoots in indoor and outdoor locations, whose identity Mason preferred not to divulge.

“It couldn’t be more different from a normal production,” he said. “I’m going to be socially distancing. I’m going to be wearing full PPE: N95 mask and face shield and all of that. All locations have been chosen with all that in mind – big open spaces, lots of ventilation.”

The director and co-writer continued: “Everything [on set] is based around different zones. We’re getting tested three times a week for Covid, maintaining social distancing, all sets are deep-cleaned, sterilised in advance, and catering has changed – each meal is individually packed.”

After months without production, Mason’s collaborators have been eager to get back to work.

“One of the most exciting things for me was as this thing snowballed, we got the most incredible crew on board because it suddenly became apparent everyone wanted to be out there working There was a real spirit of camaraderie.”

He added, “Having limitations is such a challenge but also rewarding. That’s what creativity is about. Everyone’s embraced it, we have the most amazing cast and crew on board and with safety in mind, we’re trying to take things forward and reinvent the wheel for this short period of history while we have to operate this way.”

Endeavor Content’s head of international film sales and distribution Alex Walton told Screen the response from buyers has been strong. “Being part of the conversation during this time has proved there’s a large audience who have been consuming this kind of material.”

Jessica Lacy, partner and head of independent and international film at ICM Partners, said: “The story happens to be set in our new reality but ultimately it’s a love story and a thriller.”