US summer box office may be flat this year compared with 2018, but that’s a drastic improvement on the first quarter, and the international picture is even rosier. 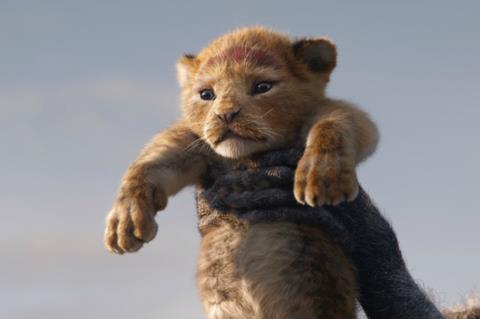 In territories across the globe, but especially in English-speaking markets, the first quarter of 2019 told a pretty dismal box office story — the result of a perfect storm of weak holdover titles from the Christmas session, commercially lacklustre awards-season films and a dearth of giant hits like 2018’s Black Panther. In the US, Q1 ended 12.4% behind the box office for the equivalent period the previous year. In the UK, the drop was even bigger: 23.6%.

In 2019 and each of the previous four years, the last weekend of April has seen the launch of a major title from Disney/Marvel in key markets — a fact that has helped define the start of the summer blockbuster season. This year’s season shot off with a veritable rocket. “Avengers: Endgame opened and set the whole world on its ear,” comments Paul Dergarabedian, senior media analyst at data gatherer Comscore, with reference to the title’s $357m opening weekend in North America and $1.22bn globally. “The film set the land-speed record, and that changed the fortunes of the box office year of 2019.”

Considering the US box office for the 2018 summer period — the 15 weeks from the last weekend of April — was 18.2% up on 2017, this year’s summer session had a lot to live up to. The fact it is actually up a modest 1.7% on 2018 is due to the achievements of just one studio: Disney. In North America, Disney has achieved the top three films of the summer (Endgame, The Lion King and Toy Story 4) as well as the fifth biggest hit for the period (Aladdin). Sony-Marvel collaboration Spider-Man: Far From Home rests in fourth place.

Such has been its dominance, Disney risked saturating the market and cannibalising its own audiences, but Dergarabedian argues the impact was limited. “They might be stepping on their own toes at times on the release calendar, but at least they’re chasing ostensibly different audiences and that’s played out very well for them,” he says.

But while Disney’s portfolio of brands have collectively helped North American cinemas to recover from the woes of Q1, its success has helped camouflage what has also been a summer of franchise failures, notably with Warner Bros’ Godzilla: King Of The Monsters, 20th Century Fox’s Dark Phoenix and Sony Pictures’ Men In Black: International. Only the first of this under-performing trio has crossed $100m in North America, but its total to date ($110m) is way down on Godzilla’s $201m cume in 2014.

“[Those movies] weren’t overwhelmingly loved by critics or audiences,” says Dergarabedian, who also points to unexpectedly strong competition from Disney’s Aladdin, which released the week before Godzilla. “There didn’t seem that much pre-release audience sentiment on Aladdin, but it was embraced by audiences,” he says. The film reached $352m in North America.

The mitigating factor for the underperforming sequels and reboots, notes the Comscore analyst, is international box office: “The international markets have been a saviour for many a movie.” Collectively, Godzilla, Dark Phoenix and Men In Black: International grossed $591m outside North America, accounting for 70% of their global total. 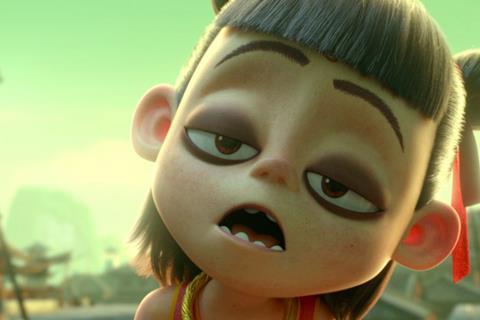 Across key foreign markets, it has been a strong summer session. Japan, for example, saw box office up 34% and admissions up 30% on 2018 for the 15-week period from April 27.

In Mexico, box office is up 23%, while South Korea is up 13% for the summer period. In Continental Europe, where World Cup football and a freak heatwave created challenging conditions for cinemas over summer 2018, there has likewise been a major recovery. Admissions are up 18% in France, and receipts are up 28% in Germany. Across the whole international space, summer box office is up 9.6% on 2018.

For Eric Meyniel, international content director of Kinepolis, which operates 51 cinemas across Belgium, the Netherlands, France, Spain, Luxembourg, Switzerland and Poland, the pattern of the year in the exhibitor’s territories has been similar to North America. “Since the end of April, it’s been the Disney festival,” he says. But, as in North America, the likes of Godzilla: King Of The Monsters and Men In Black: International were disappointments for his chain. “That’s a concern — the lack of medium-tier movies,” says Meyniel. “You can have big success with tentpoles but the difference is really made by the tail — how strong these mid-tier movies are. That’s what I’m concerned about now. We are missing these titles.”

In contrast, Spider-Man: Far From Home did land successfully. In the Netherlands for example, the film ranks fifth for the year with $6.6m, and was just about to overtake Captain Marvel for fourth place as Screen International went to press.

Dimming the summer lustre for Kinepolis has been what Meyniel describes as the weakness of local product. Pedro Almodovar’sPain And Glory achieved $6.5m in Spain (from March 22) and $5.8m in France, but that has been a rare highlight. Another has been Guillaume Canet’s Little White Lies 2 (Nous Finirons Ensemble); the sequel to his 2010 hit has taken $22m in France.

Across all markets, industry practitioners and commentators are confident of a strong flourish at year’s end — one that will be needed, given that at the time of press, North American box office was still running 6.5% behind the 2018 pace. Dergarabedian is looking with optimism to It: Chapter Two (“It’s going to do for September 2019 what It did for September 2017”), and to late-year releases such as Frozen II and Star Wars: The Rise Of Skywalker.

The big picture, sums up Dergarabedian, is that “it’s getting more complex and confounding. If you’re a studio exec, a marketing exec, a distribution exec or a theatre owner trying to get your finger on the pulse of what’s going on, it’s fluid and changing all the time. But if you have a big movie that’s well marketed on a great date and has a Rotten Tomatoes score over 70, you’re good.

“Of course,” he concludes, “that’s not as easy it sounds.” 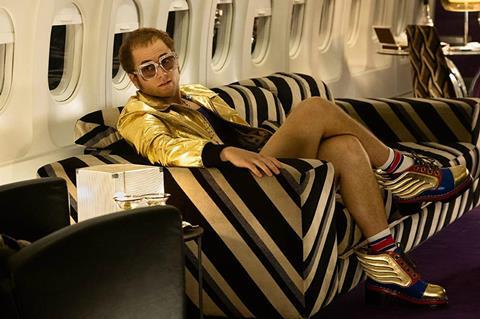 If North America had some catching up to do this summer, those circumstances applied even more drastically to the case of the UK market.

“Never underestimate the power of cinema to surprise you, or bite you on the arse,” comments Tom Linay, content business director at Digital Cinema Media. “We went from having the busiest year since 1971 with 2018 UK cinema admissions to having the quietest Q1 in 13 years.”

Performance this year at the UK’s Savoy Cinemas — which operates 26 screens across five venues in the east Midlands and Lincolnshire — has been typical of the marketplace. “We were looking at a 25%-30% admissions deficit across all the sites at the end of February, and we’ve been watching that gradually get clawed back,” says Savoy managing director James Collington. “Given the strength of the coming slate, it looks like 2019 should be head and shoulders above 2018 by year’s end. If any­one had told me that on March 1, I would have laughed at them.”

that used to be the bedrock of the summer blockbuster season. X-Men: Dark Phoenix, Godzilla: King Of The Monsters and Men In Black: International all landed around the £7m ($8.5m) mark, soundly beaten by relative over-performers such as John Wick: Chapter 3 — Parabellum, which grossed more than its previous two instalments combined.

“Clearly all cinema operators would like to show as broad a range of films as possible, which will attract the broadest possible audience,” says Phil Clapp, chief executive of the UK Cinema Association. “In the absence of that, having a significant number of films making £35m to £40m-plus is not a bad substitute.”

While Disney looks likely to occupy seven of the top 10 places in the UK 2019 box-office chart by year’s end (Avengers: Endgame,The Lion King, Toy Story 4, Captain Marvel, Aladdin, Frozen II and Star Wars: The Rise Of Skywalker), both Clapp and Linay reckon it will be a different story in 2020. “There are very strong slates coming from two or three of Disney’s competitors,” says Clapp. “I’m confident we will see a more evenly spread slate over 2020 and beyond.”

Linay points to Universal’s 2020 slate — including Bond 25, Fast & Furious 9 and Minions 2 — as a powerful proposition, adding that “Warner Bros’ presentation was excellent at CineEurope”. In other words, Disney’s rivals have not surrendered just yet. “Next year is harder to call in terms of the biggest films, but the slate is more varied and it will be more evenly spread between distributors,” says Linay. “I don’t think Disney are going to run away with it next year.”