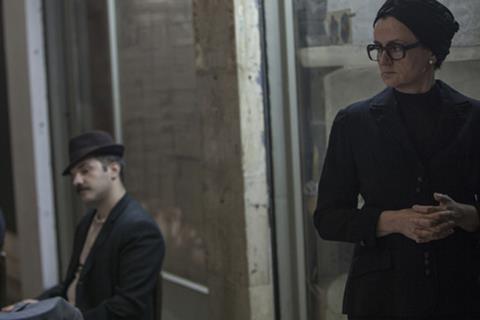 The ceremony was conducted online, due to the ongoing Covid-19 pandemic, and broadcast by public TV network ERT.

Directed by Angelos Frantzis, Eftyhia went into the night with 13 nominations and picked up awards including best actor for Pygmalion Dadakaridis, supporting actress for Katia Goulioni and supporting actor for Thanos Tokakis.

The film, produced by Donysis Samiotis for Athens-based Tanweer Productions, performed strongly at the Greek box office when it was released in December. Tanweer also distributed the biopic, which generated 650,000 admissions. (For comparison, Joker,  the highest-grossing film of the year drew 950,000 admissions).

It marked another strong year for director Frantzis, whose Still River won three Iris Awards in 2019.

The film, which debuted at the Berlinale in 2019 in the Panorama section, was produced by Maria Drandaki for Greece’s Homemade Films and co-produced with the Netherlands’ PRPL, Germany’s unafilm and Sweden’s Dragon Films.

The awards represented a healthy crop of local productions, which may not be the case next year due to the pandemic halting all film shoots as well as pre-production in Greece.

Actress - Angeliki Papoulia, The Miracle of the Sargasso Sea