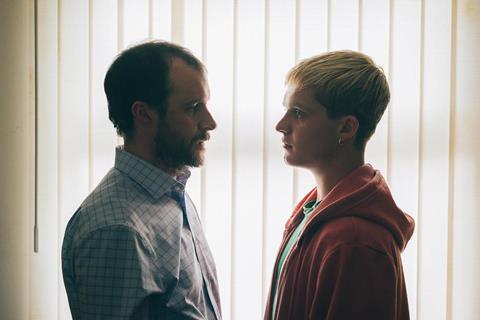 Irish distributor Break Out Pictures, launched earlier this year by former Element Pictures execs Nell Roddy and Robert McCann Finn, has acquired a hat trick of titles for release in 2020.

It has bought UK and Irish rights to Peter Mackie Burns’ Rialto from The Bureau Sales. The Ireland-UK co-production premiered at Venice Horizons and marks Burns’ second feature, following Daphne in 2017.

It stars Tom Vaughan-Lawlor as a husband and father who becomes infatuated with a younger man (2017 Screen Star of Tomorrow Tom Glynn-Carney) at a time of personal crisis.

Break Out has also acquired Irish famine drama Arracht (aka Monster) from Dublin-based production outfit Macalla Teoranta, which is handling rights to the film. Break Out is set to release the film in Ireland in March 2020.

Marking the feature debut of writer-director Tom Sullivan, Arracht received its world premiere last month at Tallinn’s Black Nights International Film Festival, where it played in competition. Set in Ireland in 1845, it centres on a fisherman who takes in a stranger at the behest of a local priest.

In addition, Break Out has picked up rights for Ireland to Paddy Slattery’s feature debut Broken Law and is planning a summer 2020 release. The deal was negotiated directly with Slattery and producer Simon Doyle.

The film is produced by Ireland’s True Line Films and FailSafe Films and tells the story of two estranged brothers on opposite sides of the law. It stars Tristan Heanue, Graham Earley and John Connors, all of whom featured in IFTA-winning crime drama Cardboard Gangsters.