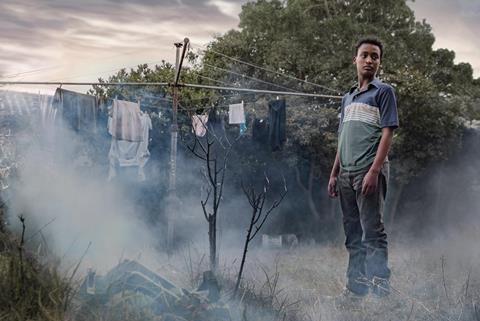 While the lion’s share of press from Cannes focused on features, the red carpet and Lars von Trier, it would be a mistake to overlook the glimpse into the future, and present-day pleasures, of the shorts programming.

All These Creatures (Australia, 13 mins) – SHORT FILM PALME D’OR
Dir: Charles Williams
Loosely calling to mind 2012’s multiple Oscar nominee Beasts Of The Southern Wild, All These Creatures, shot on 16mm, took the Palme d’Or for best short at the ceremony on May 19. A breakthrough for Australian director Charles Williams, who won the Grand Jury Prize for best narrative short for The Cow Thief at Slamdance in 2006, Williams’ fable of memory and parenthood should also see DoP Adric Watson fending off the feature film offers. Contact: contact@simpaticofilm.com

III (Poland, 12 mins) – SCREEN’S PICK
Dir: Marta Pajek
One of the joys of animation is that a medium which can appear less detailed than live action can often more effectively suggest texture. In abstract Polish animation III from Marta Pajek, texture is key, as characters wrestle physically and psychologically with a curtain of hair. As a narrative, it’s far from gritty realism, but it’s surprising how down-to-earth this essential struggle feels. Contact: waclawek@animoon.pl 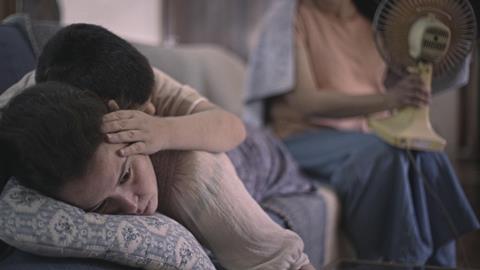 The Summer Of The Electric Lion

The Summer Of The Electric Lion (Chile, 22 mins) – FIRST PRIZE
Dir: Diego Céspedes
For his naturalistic look at a Chilean prophet who gained a following due to his electrocuting touch, director Diego Céspedes received €15,000 ($17,700) and a guarantee that his first feature will receive a Cannes premiere. Hopefully Céspedes will find a role for this film’s young star Gaspar Santibañez, who stands out in Electric Lion for his authentic, unaffected performance. Contact: mdebourguignon@gmail.com

Inanimate (UK, 8 mins) – THIRD PRIZE
Dir: Lucia Bulgheroni
In NFTS graduate Lucia Bulgheroni’s stop-motion show-stopper Inanimate – which took third prize of €7,500 ($8,800) – the quotidian life of a cutesy couple warps as one begins to wake up from a somnolent existence. The metaphorical link between puppetry and a predetermined sleepwalking existence isn’t new, but Bulgheroni imbues the sense of awakening with a rare urgency. Contact: festivals2@nfts.co.uk 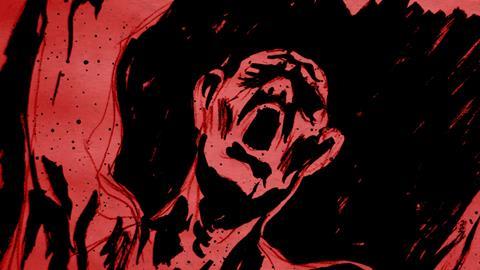 The Other (Poland, 5 mins) – SCREEN’S PICK
Dir: Marta Magnuska
It’s better to travel than arrive, and that’s doubly true in arresting Polish animation The Other, which anticipates the appearance of a stranger in town. The scarlet denouement is vividly drawn, lending a visceral thrill to a concise piece. Contact: marcin@studioindeks.pl

Skip Day (US-UK, 17 mins) – ILLY PRIZE
Dirs: Ivete Lucas & Patrick Bresnan
Patrick Bresnan and Ivete Lucas’ simple-sounding doc Skip Day tracks a group of Floridian students who bunk off their last day of school to go to the beach. Joel DeMott and Jeff Kreines’ Seventeen feels like a touchstone, with Bresnan’s unobtrusive direction refusing to bow to images of clichéd adolescence, instead treating teens as the adults they’re on the cusp of becoming. Contact: info@someshorts.com

The Song (France, 31 mins) – SCREEN’S PICK
Dir: Tiphaine Raffier
Informative and offbeat, the self-contained opening of The Song is an anthropological and architectural study of the town next to Disneyland Paris. What follows is a blend of three friends’ ABBA tribute rehearsals, one member’s spoken word solo project and a final, apocalyptic flourish. It’s no surprise Tiphaine Raffier is already working on a feature, which could be spectacular if the ambitious but never overwrought The Song is anything to go by. Contact: judith@shortcuts.pro

Hector Malot: The Last Day Of The Year (Greece, 25 mins) –  LEICA CINE DISCOVERY PRIZE
Dir: Jacqueline Lentzou
Jacqueline Lentzou’s film finds a woman drifting through her experience of December 31st. The camera woozily floats with her over the day, in the service of occasionally beautiful but meandering image-making. However, a soul-searching final act resurrects it, with a credits scene recalling Timothée Chalamet’s emotional coda in Call Me By Your Name – only here it’s a dog having a bath, listening to Roxy Music. Contact: info@someshorts.com

A Wedding Day (Algeria-France, 16 mins) – CANAL+ AWARD FOR SHORT FILM
Dir: Elias Belkeddar
Of all the Critics’ Week shorts, Elias Belkeddar’s Algerian micro-mob drama A Wedding Day feels most like a calling card for a feature, but sadly also like a placeholder, waiting for a bigger story. Belkeddar wears his affection for gangsters on his sleeve, but rhythmically polished tracking shots of suited cronies do make you question where admiration stops and Scorsese mimicry begins. Contact: elias@iconoclast.tv

Pauline Enslaved (France, 24 mins) – SCREEN’S PICK
Dir: Charline Bourgeois-Tacquet
Pauline Enslaved opens with a Roland Barthes quote: “Am I in love? Yes, since I am waiting.” It’s a witty summary of the concerns of Charline Bourgeois-Tacquet’s well-observed slice-of-life drama about an all-consuming obsession with the politics of texting a lover. Anyone who has gazed desperately at a read receipt, while failing to receive a reply, will be able to relate. Contact: judith@shortcuts.pro