Fifteen acquisition titles to look out for at Sundance 2021 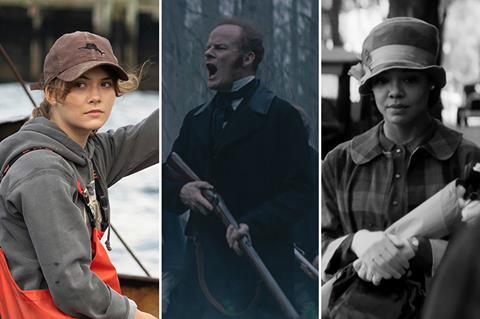 From the story of racial identity in 1920’s Harlem to a documentary about the constitutionality of Zimbabwean elections, the titles in this year’s Sundance Film Festival resonate with our times and are expected to offer plenty for buyers to get excited about.

Screen profiles 15 hot titles that could make a splash and eventually get to play at a cinema or large-screen home cinema or drive-in near you in the months to come.

Click here to read what buyers and sellers are saying about this year’s crop. Sundance runs January 28-February 3.

Dir: Siân Heder
Premiere date: January 28, 5pm
Rising UK star Emilia Jones, whose credits include Brimstone. and High-Rise, plays the only hearing member of a deaf family in Heder’s second feature following Tallullah which played at Sundance in 2016. The young woman must decide whether to remain in service to her parents as a translator, or pursue her dream. Marlee Matlin, Troy Kotsur, Daniel Durant and Eugenio Derbez also star in the crowd-pleaser. A Day One screening.
Sales: Pathé; ICM Partners, CAA

On The Count Of Three

Dir: Lyle Mitchell Corbine Jr.
Premiere date: January 30, 12pm
Years after a bullied Anishinaabe boy murders a schoolmate, he and his best friend have grown up and need to face up to what happened.
Sales: Endeavor Content, 30West

Summer Of Soul (…Or, When The Revolution Could Not Be Televised)

Dir: Ahmir “Questlove” Thompson
Premiere date: January 28, 7pm
Questlove’s documentary is a hot ticket and focuses on Harlem Cultural Festival of 1969 which took place over the same summer as Woodstock. The footage lay in a basement for half a century until now. A Day One screening.
Sales: John Sloss, Cinetic

One For The Road

Dir: Baz Poonpiriya
Premiere date: January 28, 7pm
The director behind 2017 Thai hit Bad Genius is back with the story of a New York-based barman summoned to Thailand by a dying friend with a bucket list. Revelations ensue. Wong kar-wai is among the producers. A Day One screening.
Sales: CAA;international, Virginia Leung, Block 2

Dirs: Kristina Lindström, Kristian Petri
Premiere date: January 29, 12pm
Decades after playing Tadzio in Luchino Visconti’s Death In Venice, when the director labelled him “the most beautiful boy in the world”, 60-something Swedish actor and musician Björn Andrésen lives in semi-squalor, haunted by his past.
Sales: Films Boutique

Dirs: Daryl Wein, Zoe Lister-Jones
Premiere date: January 29, 3pm
In the vein of After Hours, Lister-Jones plays a young woman determined to make it to a wild party on the other side of Los Angeles before an asteroid strike destroys Earth.
Sales: Endeavor Content

Dir. Ben Wheatley
Premiere date: January 29, 6pm
After adapting Rebecca for Netflix, Wheatley returns to pure horror with the story of a doctor’s quest to reach a test site deep within a forest as a virus ravages the planet. Neon holds US rights.
Sales: International sales, Protagonist

Dir: Manuel Crosby
Premiere date: January 31, 6pm
An innocent attempt to do the right thing on a first date leads to mayhem as a high school student becomes the target of criminals, police, and a cat lady.
Sales: Ryan Kampe, Visit Films