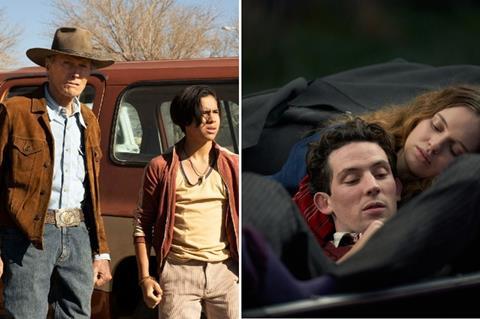 Holdovers from the major studios look set to dominate the UK-Ireland box office this weekend, with Chloe Zhao’s  Marvel epic Eternals aiming to build upon its debut last week, where it made £5.5m from 642 locations.

Universal’s No Time To Die has enjoyed six weekends in the top two with its total standing at £89.9m. Matching Spectre’s £95.2m is still possible, but Skyfall’s £103.2m now seems out of reach. Another strong contender for the top five is Warner Bros’ Dune, which took £1.6m in its third session for a £16.8m total.

The widest new release is Cry Macho, directed by and starring Clint Eastwood as an ageing cowboy on a road trip to Mexico. It is opening through Warner Bros in 341 sites. Eastwood’s last directorial effort Richard Jewell failed to leave its mark at the UK box office, opening in February 2020 to £134,000 from 321 locations, bringing in £417 per site.

Lionsgate’s Mothering Sunday will be opening in 170 sites. The Cannes premiere is directed by Eva Husson and based on Graham Swift’s novella of the same name. It takes place in England in 1924, and follows the maid of a household who is having an affair with a rich man about to announce his engagement.

The cast includes Olivia Colman, Colin Firth, Glenda Jackson and former Screen Stars of Tomorrow Josh O’Connor and Ṣọpẹ́ Dìrísù. Breaking the top five could be a challenge based on the performance of fellow UK productions Last Night In Soho and Spencer (a German co-production) in recent weeks, with both having wider openings of 519 and 183 locations respectively.

Foreign-language films with decent releases include Wesele, a Polish-language drama from Magnetes Pictures which is opening in 119 locations and examines a World War II attack against a Jewish community in a Polish village contrasted with a wedding occurring in the same place 100 years later; and Indian Malayalam-language biographical crime Kurup, about a real-life fugitive named Sukumara Kurup, opening in 88 locations thanks to RFT Films.

Lin-Manuel Miranda’s musical Tick, Tick…Boom!, starring Andrew Garfield and Vanessa Hudgens, is set to open in around 25 locations via Altitude Films, ahead of its launch on Netflix on November 19.

Park Circus’ documentary feature Arsène Wenger: Invincible, charting the former Arsenal manager’s rollercoaster career at the club, is opening in six sites (fittingly, mostly in North London) ahead of its Blu-ray, DVD and digital download release on November 22. The film will debut on Canal+ in France and Amazon Prime Video in the UK in 2022.

Zog and Zog And The Flying Doctors, animated films adapted from Julia Donaldson’s books which have previously aired on the BBC, will be available to watch as a double bill in 99 cinemas courtesy of Magic Light Pictures.

Dogwoof’s Becoming Cousteau, a look at the life of explorer and environmentalist Jacques Cousteau, will open in 20 locations.

You Will Die At Twenty, a Venice premiere (where it won the Lion of the Future prize) about a young Sudanese boy cursed by a prophecy, is being shown by New Wave in six locations.

The British Film Institute (BFI)  is bringing a 4K remaster of Mike Leigh’s 1993 classic Naked to five sites. Also being released in five sites will be documentary feature Through The Night – a portrait of working mothers whose lives intersect at a 24-hour childcare facility in New York by Together Films.

Ukrainian adventure Volcano is being released by FilmOne Distribution in two locations.

Other holders from last weekend include Sony’s Venom: Let There Be Carnage and Universal’s The Boss Baby 2.