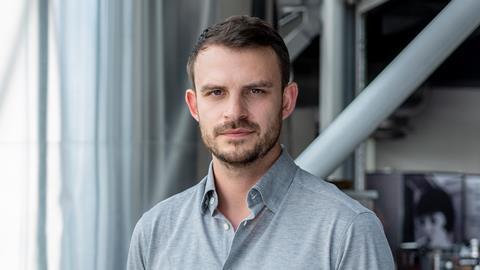 Receiving Cannes’ official selection stamp of approval in June has given “a new lease of life” to Sophie Littman’s Sudden Light, according to producer Tom Wood.

Wood is also working with Littman on her untitled debut feature, about a teenager who enlists the help of her great-grandmother’s ghost in a trampoline competition. It is part of his slate at Wellington Films, where he has worked since 2009. The company has “a mentality to just keep things going — to calmly get films through production and not stop until something gets made.”

Wood has three untitled horror features in development: one with A Prayer Before Dawn co-writer Nick Saltrese, another with playwright Omar El-Khairy, and a third with writer Joseph Wilde. Post-production is nearing completion on Film4-commissioned Such Small Hands, Maria Martinez Bayona’s short based on Andres Barba’s novella; and Wood is developing features with Bayona (also with Film4) and writer/director Ruth Paxton.

He has a separate slate at Western Edge Pictures, where Wood has worked for over two years. Timestalker will be the second feature from Alice Lowe (Prevenge) — a bawdy rom-com full of temporal jumps, that is aiming to shoot at the end of 2020. He will also produce Crusaders, a sword-and-sandals buddy comedy to be directed next year by Western Edge CEO Vaughan Sivell.

Independently of the two companies, he is also developing feature Son Of A Preacher Man with Serena Armitage at Red Breast Productions and BBC Films, about a British-Nigerian drag queen.

After cutting his teeth as an associate producer for Christopher Simon and Cat Villiers on 2009’s Boogie Woogie, Wood worked as a development producer with Simon on Catherine Hardwicke’s Miss You Already (2015). In 2018 he was a co-producer on Billie Piper’s directorial debut Rare Beasts, which Wood says taught him how to keep up with the “runaway train” of a film production. It launched in Critics’ Week at Venice 2019. “There wasn’t an empty seat in the house, it was gratifying to see it turn out so well,” he says.