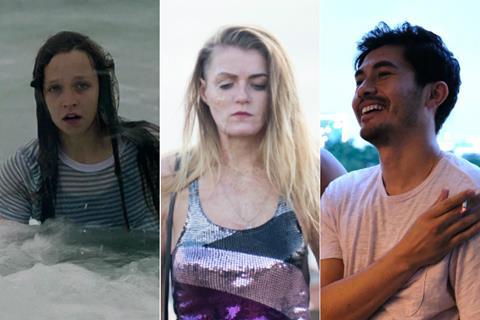 BBC Film and the BFI have united on a new series of UK films from the past three years which will screen on BBC Two on a weekly basis.

‘British Film Premiere: New Films From New Voices’ marks a change in broadcast strategy for films previously on theatrical release: of the seven films in the series, six had a theatrical premiere within the last two years.

BBC Film (previously known as BBC Films) and the BFI negotiated with the films’ distributors to allow for a shorter window to the broadcast premiere. All seven titles were backed in development by the two organisations; the series was in the works prior to the Covid-19 pandemic.

A new title will premiere each Saturday night on BBC Two, starting with Apostasy, the feature debut of Screen Star of Tomorrow 2015 Daniel Kokotajlo, this Saturday (October 24).

The series will run weekly until mid-December. Following Apostasy, the next six titles will be shown in this order: Make Up; Perfect 10; Lynn + Lucy; Monsoon; One Man And His Shoes; and Dirty God.

The films will be available on BBC iPlayer after their respective broadcasts, for periods varying between 30 days and one year. They will also be accessible in the free section of the BFI Player for 30 days (excepting Apostasy).

Each film will receive a short introduction from a UK film critic, with Dirty God introduced by Screen contributing editor Nikki Baughan.

“BBC Two was where I first encountered so many great British films and those early experiences fuelled a life-long love of cinema,” said Rose Garnett, director of BBC Film. “Nothing compares to the big-screen experience, but at such a difficult collective moment to bring this new wave of British filmmakers to the channel is hugely exciting.”