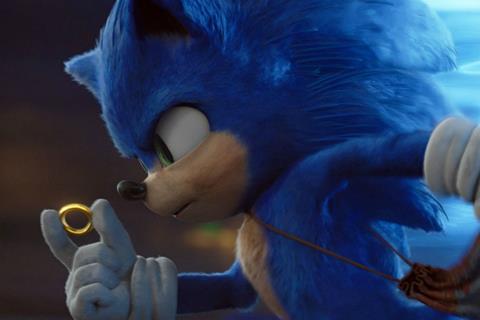 Sonic The Hedgehog performed strongly for the second consecutive weekend, with an 11.8% drop and £4.2m easily enough for it to hold top spot.

The film is now up to £14.7m, already past the £13.6m of fellow videogame adaptation Pokémon Detective Pikachu; Paramount have a hit on their hands.

Paw Patrol: Ready Race Rescue saw a 4.9% uptick on the second half-term weekend with £151,000 taking it to £1.8m overall; while Playing With Fire did even better, increasing its takings for the second consecutive weekend with a 43.3% uptick of £86,000 putting it on £3.1m after nine sessions.

Oscar winner Parasite took a solid step towards the highest non-English language gross record, with £1.7m on its third weekend taking it to £8.4m to date.

It expanded into 560 sites this weekend, more than several of its big-budget competitors; and while it did drop 32% on last weekend, that £1.7m three-day amount is still more than the total gross of other recent non-English language hits Cold War (£1.1m) and 2018 Palme d’Or winner Shoplifters (£772,923).

Its final target will be the £11.08m made by Mel Gibson’s 2004 The Passion Of The Christ; a strong tail should see it top that mark. 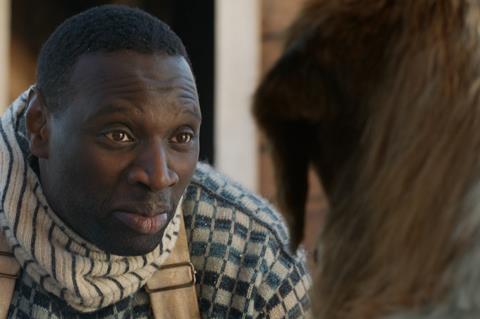 ‘The Call Of The Wild’

Harrison Ford canine adventure The Call Of The Wild had a £990,000 three-day opening weekend for fourth spot, and has £1.5m including previews.

There may be some issues in reporting Disney’s figures. This could relate to an unidentified issue with Sunday’s figures at Odeon venues, which meant distributors were not able to announce accurate results at their normal time.

Michael Winterbottom saw his highest opening weekend so far after Greed took £339,000, rising to £369,000 including previews. His previous best was 2006’s Cock And Bull with £332,582, which also achieved his current record UK gross with £1.1m; Sony will hope Greed’s start will push it into seven-figure territory.

Armando Iannucci’s The Personal History Of David Copperfield dropped 43.6% on its fifth session, with £132,917 taking it to £6.1m overall.

Cyrano De Bergerac - NT Live 2020 was played live at 693 locations on Thursday, February 20, and has grossed £670,562 from the 578 of those locations to have reported, including encore screenings.

Universal is still to report its figures for the weekend