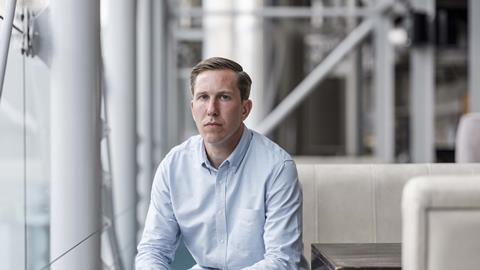 Securing US actress Anna Kendrick for the Mary Nighy-directed thriller Alice, Darling is a step forwards for producer Sam Tipper-Hale. Kendrick stars alongside 2009 Star of Tomorrow Wunmi Mosaku (His House) in the story of a woman in an abusive relationship who becomes the unwitting participant in an intervention staged by her friends.

Developed by Canadian producers Katie Bird Nolan and Lindsay Tapscott with a script by Alanna Francis, Tipper-Hale joined the project in 2019. “It was just so nuanced and human,” says the producer, outlining a story about “how someone successful can be stuck in a relationship and feel like she can’t get out”. It shot in Canada in July this year and is in post-production.

After studying history and Italian at the University of Manchester, east London-born Tipper-Hale did work experience with Working Title Films before joining Pippa Cross and Janette Day at CrossDay Productions in 2014, where he rose to head of development and production. “I owe [Cross and Day] everything,” says Tipper-Hale of the immersion the producers allowed him. “It was like going to film school.”

After seven years with CrossDay, Tipper-Hale is branching out through his own firm Castelletto Films, while also maintaining ties with his former employers. He produced Livia De Paolis’s The Lost Girls, based on Laurie Fox’s novel about the women of the Darling family from the Peter Pan story, which is in post-production. Upcoming projects include a survival thriller with Luc Roeg’s Independent Entertainment; a “fast-paced” drama series with Daisy Gilbert at MoonRiver Content, Ben Caird and Ashley Walters’ SLNda, which Stephen S Thompson is attached to write; a feature adaptation of Hungarian novel The Pendragon Legend with Scott Mosier directing Aron Goldin’s screenplay; a character-driven heist film with Aki Omoshaybi; and a comedy written and directed by Eros Vlahos, based on a previous short by the filmmaker.

He is also working with UK documentary firm Story Films on two projects currently in production: The Thief, His Wife and The Canoe for ITV, about John and Anne Darwin, who were found guilty of fraud over John’s false disappearance; and a yet-to-be-announced psychological thriller for Channel 5.

Tipper-Hale’s slate shows a diversity of theme and scale. “Regardless of the budget or size, it doesn’t matter what the project is as long as I am proud of it,” he says.