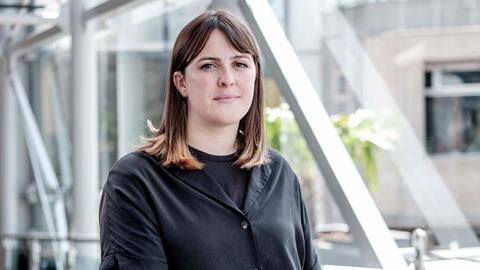 “Queer, female-focused, youth-driven content for an international audience” is how Sorcha Bacon defines the aims of Teen Club, the company she set up in 2020 with fellow producers Loran Dunn and Savannah James-Bayly. It is starting with an adaptation of Erin Gough’s young-adult novel Amelia Westlake Was Never Here with Riverdale writer Britta Lundin, which Working Title boarded in December last year.

“We’re trying to work mainly with publishers,” says Bacon of the company. “It feels an easier way to get to market because you’ve already got the IP in front of you.”

While studying geography at Cambridge, south London-born Bacon became “distracted by all things exciting and arty”. She then balanced tutoring while learning her craft on music videos and commercials, before making her first short as producer, Harry Lighton’s Sunday Morning Coming Down, which was selected for 2017’s Edinburgh International Film Festival. Bacon then produced his next short Wren Boys, which received BIFA and Bafta nods, and her prolific shorts credits include Stroma Cairns’ If You Knew, fellow 2021 Star of Tomorrow Molly Manning Walker’s Good Thanks, You? and Stella Scott’s Bulldozer.

As well as Teen Club, since 2013 Bacon has run her own banner Try Hard Films. She was selected for the 2020-21 BFI Network Insight professional development programme, having previously been mentored by Parkville Pictures producer Olivier Kaempfer on the BFI Flare mentorship scheme in partnership with Bafta. In the works at Try Hard is Dry Stone, the feature debut of Charlie Manton, which is written by Conor Keane, with The Bureau; Claire Fowler’s Procession with BBC Film; Lotje Sodderland’s In Between with Film4; and Theo James Krekis’s Pram Snatcher.

Bacon now has a “real itch” for producing, in particular queer stories. “I want to do something progressive, bring indie cinema into the mainstream and make people think about the world in a different way,” she says.