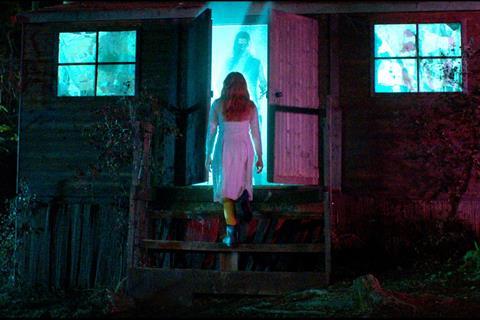 The film will open in 170 sites. It is Bailey-Bond’s directorial debut, produced by Helen Jones for Silver Salt Films, with Rook Films and Timpson Films, plus backing from the BFI Film Fund, Film4 and Ffilm Cymru Wales.

Censor first screened at the online Sundance Film Festival in January 2021, going on to play events including the Berlinale, Galway Film Fleadh and Sundance London.

It follows a film censor who, after viewing a familiar video nasty, sets out to solve the past mystery of her sister’s disappearance.

The film stars Niamh Algar, whose film credits include Nick Rowland’s Calm With Horses and Guy Ritchie’s Wrath Of Man.

Algar and Bailey-Bond first met in 2018 at an event for Screen’s Stars of Tomorrow, with both named in the selection that year.

Vertigo is also distributing French-Belgian animation Around The World In 80 Days, about a marmoset who embarks on a worldwide adventure, in 410 locations.

Blockbuster releases this weekend are headed by Warner Bros’ Reminiscence, written and directed by Lisa Joy and starring Hugh Jackman. The film, about a private investigator of the mind who becomes obsessed with a new client, will start in 529 sites.

It shares similar themes to Christopher Nolan’s 2010 hit Inception, which started with £5.9m, ending on a huge £35.8m. Nolan’s brother Jonathan Nolan is a producer on Reminiscence, as well as being Joy’s partner. It is Joy’s directorial debut; she and Jonathan previously created and wrote HBO series Westworld. 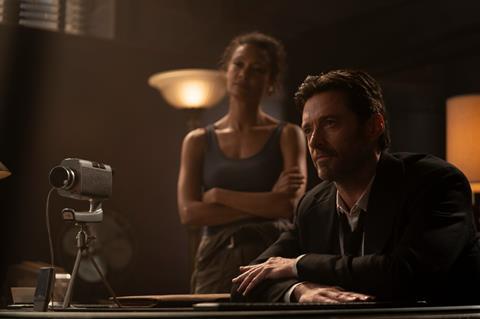 Jonathan has worked on several of his elder brother’s films including Memento, The Prestige and Interstellar, although not Inception.

Jackman’s last significant hit in the UK and Ireland was 2017’s The Greatest Showman, a sleeper hit that started with £4.8m and reached an enormous £49m.

Disney is releasing David Bruckner’s horror The Night House, about a widow who uncovers her recently deceased husband’s disturbing secrets, in 354 locations.

The film is produced by David S. Goyer and Keith Levine for Phantom Four Films from the US; and John Zois for UK company Anton, which has worked on films including the Paddington and Shaun The Sheep franchises, and last year’s Greenland.

Horror titles to have made headway since cinemas reopened in England in May include Paramount’s A Quiet Place Part II, with £11.6m; and Warner Bros’ The Conjuring: The Devil Made Me Do It, with £9.4m.

Cage plays a truffle hunter who lives alone in the wilderness of Oregon, but must return to his past in Portland after his beloved foraging pig is kidnapped. It is Sarnoski’s feature debut after shorts including That and Fight Night Legacy.

Munro Films is releasing German-produced childrens’ animation Conni And The Cat in 90 locations; while National Amusements has Barbie: Big City, Big Dreams in 160 – produced by Mattel, makers of the eponymous toy. The latter is not to be confused with Greta Gerwig’s Barbie starring Margot Robbie, which is scheduled to shoot in 2022 for Warner Bros.

Limited releases include Sophie Dupuis’ drama Underground in two locations through Sovereign Films; and Hogir Hirori’s documentary Sabaya, about a group trying to rescue women held by ISIS in Syria, in 14 sites through Dogwoof.