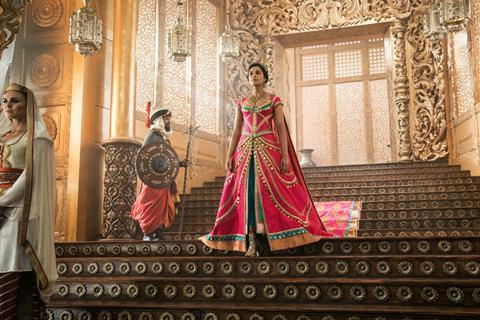 Live-action remake Aladdin held off the challenge of Men In Black: International to take the top spot for the fourth weekend in a row, with a £2.9m Friday-Sunday.

This marks the longest run at the top of the UK box office for any title in 2019, beating the three weeks of both The LEGO Movie 2: The Second Part and Captain Marvel. It fell just 27% on its previous session, and is now up to £30.4m in the territory, well past the £25m of fellow 2019 Disney remake Dumbo. It won’t match up to the £46.2m of 2016’s The Jungle Book, but it is rolling along well from its £5.7m opening in May.

Men In Black: International grossed a disappointing £2.8m, the lowest opening of the franchise so far behind Men In Black 3’s £2.9m from 2012. Despite topping the box office on its Friday opening with £683,000, it was surpassed by Aladdin in the following two days, moving it to second place overall. The result mirrors its struggles in the US where it has opened on just $28.5m.

Elton John biopic Rocketman performed well on its fourth session, dropping just 25% for a £1.6m weekend and £19.3m to date. It is now in the 10 highest-grossing titles in the UK in the year to date.

After disappointing with the lowest opening of the X-Men series last weekend, the second session was also slow for X-Men: Dark Phoenix. It fell 62% - the most of any title in the top 10 – for £1m and £5.9m to date. For comparison, every other title in the franchise passed £10m, which may now be beyond Dark Phoenix.

Godzilla: King Of The Monsters added £500,000 on its third weekend, and is up to £6.4m overall. This takes it just past the £6.3m opening of the most recent Godzilla title in 2014, which ended on a £17.2m that is surely beyond the current instalment.

Pokémon Detective Pikachu continues to excite audiences on its sixth weekend, taking £200,000 for £13.4m to date.

One franchise title performing well in cinemas is John Wick 3: Parabellum, which is now up to £9.6m in the UK after dropping just 24% on its fifth weekend with £351,256. It has already beaten the combined total of the previous two films in the franchise (£1.6m and £6m respectively). 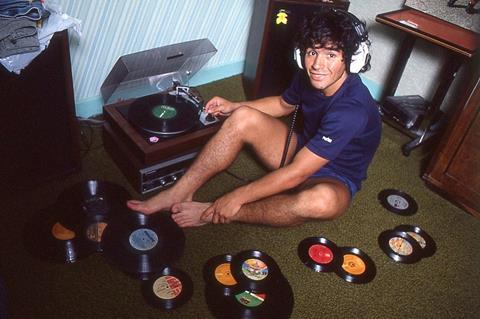 German thriller Balloon began its UK cinema run with £14,810 from 20 locations, including previews.

Five Seasons: The Gardens Of Piet Oudolf, a documentary about the celebrated garden designer, took £5,803 from 19 locations on opening, for £7,871 including previews.

Oil painting documentary Prophecy played in four screens, taking £1,164, and has £4,205 including previews.