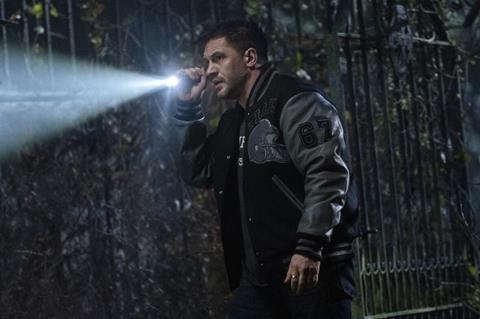 ‘Venom: Let There Be Carnage’

Sony’s Venom: Let There Be Carnage is looking to replicate its success in international territories at the UK-Ireland box office this weekend, as cinemas continue to fill up with wide release titles.

The studio will be hoping that strong reviews for the sequel, plus a continuing hunger for new content, will allow Venom 2 to make a dent in No Time To Die’s box office dominance.

First place will be a tough ask for Venom 2; No Time To Die grossed £15.2m last time out, and even a substantial 50% drop would leave it on £7.6m, most likely beyond the Sony rival.

Tom Hardy returns as Eddie Brock, an investigative journalist who becomes the host of an alien symbiote named Venom that imbues him with super-human abilities. In the latest outing, he interviews serial killer Cletus Kasady, who becomes the host of another symbiote called Carnage, and escapes prison after a failed execution. Woody Harrelson, Michelle Williams, Naomie Harris and Stephen Graham are alongside Hardy on the cast.

The film was first unveiled in 2017 as the initial project in a deal between Locksmith and Twentieth Century Fox; with Disney acquiring the rights following its purchase of Fox in 2019.

The former two of those titles were made through animation powerhouse Pixar; Locksmith, which has a new deal for future projects with Warner Bros, will look to kickstart its own presence with Ron’s Gone Wrong.

Featuring the voices of Zach Galifianakis, Ed Helms, Olivia Colman, Rob Delaney and newcomer Jack Dylan Grazer, the film tells the contemporary story of Barney, a middle-schooler, whose new digital B-bot device malfunctions in a way that brings him towards the friends he has always wanted.

From a disparate genre, Disney also has Ridley Scott’s historical action drama The Last Duel in 440 locations. Starring Matt Damon, Jodie Comer, Adam Driver and Ben Affleck, the film is based on Eric Jager’s book, and tells the true story of noblewoman Marguerite de Carrouges, who claimed to have been raped by her husband’s best friend and squire, leading to the last legally sanctioned duel in France’s history.

Having started filming in France and Ireland in February 2020, production on The Last Duel was put on hold in March due to the pandemic, leading to Damon’s much-publicised lockdown stay in Ireland. Filming resumed in September that year and wrapped in October. It premiered out of Competition at Venice Film Festival last month. 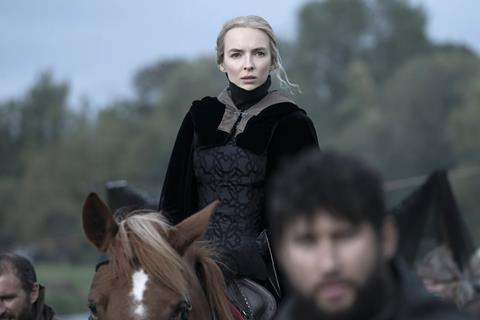 Two weeks out from the festive weekend, Universal is releasing the first major Halloween title – David Gordon Green’s Halloween Kills, in 500 locations. The film is a sequel to 2018’s Halloween, which opened to £2.7m, closing on just short of £9m.

It is also the 12th instalment in the Halloween franchise, and is produced by Jason Blum through his Blumhouse Productions banner.

Halloween Kills premiered out of Competition at Venice, with its release delayed by one year following the pandemic. A final instalment in this part of the franchise is scheduled for release in October 2022.

Picturehouse Entertainment returns to cinemas with Malgorzata Szumowska and Michal Englert’s Never Gonna Snow Again, which debuted in Competition at Venice 2020 and was chosen as Poland’s submission for the 2021 international feature Oscar. It will play in 38 sites on its opening weekend.

It is Szumowska’s ninth feature as director; highlights from her previous output include In The Name Of, which won the Teddy Award for best feature at Berlinale 2013; Body, which won best director at the same festival in 2015; and Mug, which won the Jury Grand Prix, also at Berlin in 2018.

Englert has been Szumowska’s long-time cinematographer; this is the first time he has stepped up to co-director.

Never Gonna Snow Again centres on Zhenia, a Russian-speaking immigrant from the East who works as a masseur in Poland, and becomes a guru-like figure in a wealthy gated community of his clients.

Breakout Pictures is distributing Arracht (English title: Monster), Ireland’s entry to the international feature award for the 2022 Oscars, in 56 sites across the UK and Ireland. The film, about a fisherman subsumed by darkness during a famine in Ireland in 1845, stars Screen Star of Tomorrow 2020 Dónall Ó Héalai.

Further independent titles include Cannes 2019 title The Invisible Life Of Euridice Gusmao in 15 sites through New Wave Films; Sue Carpenter and Belmaya Nepali’s documentary I Am Belmaya in four sites through Dartmouth Films; and Jim Cummings and PJ McCabe’s thriller The Beta Test in seven locations through Blue Finch Films.

Catalogue re-releases include horror classic Scream through Paramount, for the film’s 25th anniversary; and Francis Ford Coppola’s 1983 title The Outsiders in 15 sites through Studiocanal.

Event cinema specialists Trafalgar Releasing screened immersive show Alice: Curiouser And Curiouser in 175 locations on Thursday 14; while Apple is distributing Todd Haynes’ Cannes 2021 documentary The Velvet Underground; and Vue Entertainment is playing family title Hey Duggee At The Movies 2 in all 91 of its sites.

Universal’s No Time To Die will look to continue its march towards £100m, while other key holdovers include The Addams Family 2, also for Universal; Disney’s Shang-Chi And The Legend Of The Ten Rings; and Paramount’s The PAW Patrol Movie.