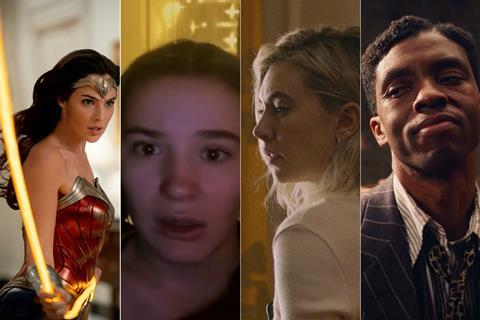 The Covid-19 pandemic continues to cause havoc in the UK and Ireland film release calendar, with many distributors either shifting titles to new dates or removing them from the schedule entirely.

Warner Bros shook up the industry yesterday with the news that it will release every title on its 2021 slate on HBO Max in the US for a one-month period at the same time as each film launches theatrically.

It has settled on a December 16 international date for Wonder Woman 1984 ahead of its US release on Christmas Day, following multiple moves since December 2019. The distributor has two further US titles with potential for January and February, but which are currently undated – Shaka King’s awards contender Judas And The Black Messiah starring Daniel Kaluuya and Lakeith Stanfield, and John Lee Hancock’s crime thriller The Little Things with Denzel Washington and Rami Malek.

Studiocanal has confirmed both Thomas Vinterberg’s Another Round and Harry Macqueen’s Supernova will move out of 2020, having originally both been set for November 27. The former will now be released on February 5, 2021, with the latter following on March 5.

Disney, which released seven of the nine highest-grossing titles in the UK and Ireland in 2019 including the top four, has not released a new film in cinemas in the territory since The New Mutants in early September. The studio’s next scheduled release is Matthew Vaughn’s The King’s Man  on February 12.

The picture is similar for Sony, which has nothing new until Peter Rabbit 2, also on February 12; that title was originally due in cinemas on March 27 2020, before being put back to August 7, and then eventually its current date.

Exhibitors are having to navigate both the changing schedule and the UK and Ireland’s lockdown protocols, which differ by both country and region. Cinemas in England are allowed to reopen in tiers one – ‘medium alert’ – and two – ‘high alert’ - but not in tier three – ‘very high alert’.

Cineworld, the UK and Ireland’s biggest exhibitor by number of sites, “temporarily” closed all 127 of its UK and Ireland venues on October 8, including its Picturehouse sites; it is yet to comment on a reopening date but it is expected to be by May 2021.

Odeon, the second-biggest chain, said: “We will be reopening some Odeon cinemas from December 4th, and are advising guests to check our website for details on their local cinema, as we continue to operate within government guidelines.” In early October the chain switched a quarter of its 122 UK and Ireland sites to weekend-only opening.

Vue Cinemas plans to open 50 of its sites in a phased approach, starting from December 11. The company confirmed it will start to reopen its UK venues “where allowed” and has scheduled a special programme of classic Christmas films including Love Actually, The Nightmare Before Christmas, Die Hard and Home Alone. 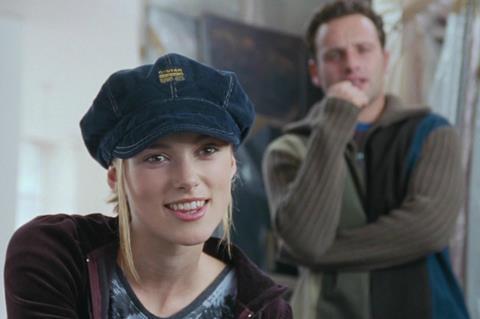 Exhibitors are at the mercy of the measures in their particular regions. With 13 venues in the Greater London area and further sites in Liverpool and York, boutique chain Everyman was able to reopen 25 of its 35 venues on December 2. However mini-multiplex chain Showcase has only five of its 20 total sites in tiers one and two; those five also reopened on December 2.

Prominent independent sites such as HOME in Manchester, the Watershed in Bristol and Newcastle’s Tyneside Cinema – the latter of which has not been open since March – are situated in tier three and are unable to reopen. The UK government is reappraising the regional tiers on December 16.

Scotland established its own system on November 2, in which cinemas are allowed to open in tiers 0-2. However, the majority of cities, and therefore majority of cinemas, are located in tiers 3 and 4, including venues in Glasgow and Edinburgh.

In Northern Ireland, all leisure facilities including cinemas were closed on November 19, initially for two weeks but subsequently extended until at least December 11.

Wales has allowed cinemas to reopen from November 9 following a ‘fire-break’ lockdown.

Cinemas throughout Ireland have been allowed to reopen from December 1. In the prior six weeks the country’s distribution and exhibition sectors have worked with the government to create a document entitled ‘Guidance for the Safe Operations of Cinemas during Covid-19’.

On the first weekend that any cinemas will be open in England since the end of October, several titles scheduled for release before the second lockdown arrive in cinemas. Among these is Altitude’s Crock Of Gold: A Few Rounds With Shane MacGowan, delayed by two weeks from its original November 20 date. The documentary about the legendary singer of Irish punk-folk band The Pogues debuted at San Sebastián in September, winning a special jury prize. Wildcard Distribution is opening Crock Of Gold in Ireland.

Vertigo Releasing is distributing lockdown horror Host in the UK and Ireland, after previews on the Halloween weekend. Directed by Screen Star of Tomorrow 2013 Rob Savage, the film was conceived and shot entirely during the first lockdown in England, and depicts six friends holding a séance-gone-wrong on videochat platform Zoom.

Munro Film Services is releasing Jacqui Morris’ animated feature A Christmas Carol in 100 sites. It is a radical retelling of Charles Dickens’ 1843 novel via a Victorian performance of the tale which then dives into the imagination of one of the children in the audience, taking the story to a darker fantasy realm. The starry voice cast includes Carey Mulligan, Martin Freeman, Andy Serkis, Daniel Kaluuya, and Simon Russell Beale as Ebenezer Scrooge.

Modern Films is distributing Viggo Mortensen’s directorial debut Falling, which debuted at Sundance in January and has since played festivals including Toronto, San Sebastián, Zurich and Tallinn. BFI Distribution is handling a release for Henry Blake’s criminal grooming drama County Lines, which was longlisted for four BIFAs last month.

In Ireland, in addition to the aforementioned titles there will be releases for Irish animated feature Wolfwalkers, which launched to acclaim at Toronto in September,  through Wildcard Distribution; and Rose Glass’ debut horror Saint Maud through Studiocanal, which secured a number two spot on its UK release in October.

Trafalgar Releasing is debuting two music films across this week. Don’t Let The Devil Take Another Day, about Kelly Jones, frontman of Welsh rock group Stereophonics, is in cinemas on December 11 before its on-demand release a week later; while concert film Little Mix: LM5 - The Tour Film plays in UK cinemas on December 12 and 13, following the UK pop group across 40 arenas on the tour for their fifth album.

A selection of smaller titles make their debuts in the days before Wonder Woman 1984, including Signature Entertainment’s family animated sequel Space Dogs: Return To Earth, Dartmouth Films’ crime thriller Silent Night, Newcastle football documentary We Are The Geordies via BeA Film, Sicilian title Il Mio Corpo, and Chilean Oscar entry The Mole Agent, which is being distributed by Dogwoof. 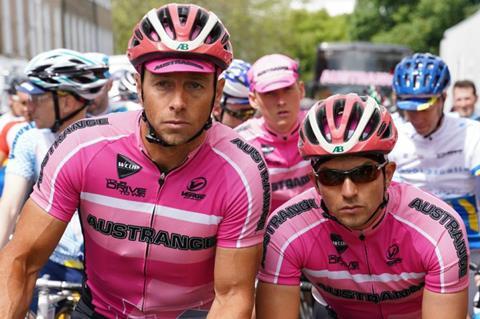 Wildcard Distribution will release cycling drama The Racer in Ireland; Vertigo has UK rights and will release the title there on December 18.

Warner Bros’ Wonder Woman 1984 is the sole new blockbuster landing in UK and Ireland cinemas in December, and the first since Tenet in August, from the same studio.

Directed by Patty Jenkins and starring Gal Gadot as the titular heroine facing two new foes in the 1980s, the film was originally scheduled for an international rollout on December 13, 2019, moving forward to November 1 that year before delays shifted it to June 5, 2020. The pandemic has caused subsequent delays to August 14 and October 2 before its current date.

Universal is venturing where several major studios are not, by releasing crime thriller Let Him Go starring Diane Lane and Kevin Costner this weekend. Signature is aiming to capture the family market with Peter Pan/Alice In Wonderland-themed fantasy Come Away starring David Oyelowo and Angelina Jolie; while Curzon has Venice 2020 title The Macaluso Sisters.

Kornél Mundruczó’s Venice 2020 Competition title Pieces Of A Woman reaches cinemas just before the New Year, and a week before its debut on Netflix on January 7. Screen Star of Tomorrow 2011 Vanessa Kirby is generating awards buzz for her performance as a woman grieving the loss of her baby.

Having been one of the most active distributors in summer 2020, Vertigo picks up its 2021 slate with Stardust, starring Johnny Flynn as a young David Bowie on his first trip to the US. It opens on January 15.

The absence of blockbuster titles may allow for greater focus on independent titles in January, including Jasmila Zbanic’s Bosnian Oscar entry Quo Vadis, Aida? through Curzon on January 22 and Darius Marder’s Sound Of Metal starring Riz Ahmed and Olivia Cooke via Vertigo on January 29.