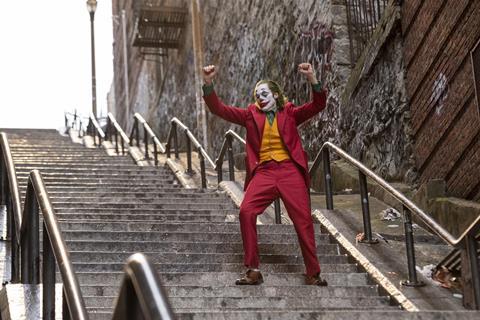 Joker topped the UK box office again this weekend, becoming the first film in a decade to hold the number one spot for six weeks.

It grossed £1.7m from Friday to Sunday, a fall of 32%, which takes it to £54.3m overall – the fourth highest-grossing film of the year and 30th highest of all time in the UK.

The last film to hold the number one spot for six weeks was James Cameron’s Avatar, released in December 2009, by 20th Century Fox. That film topped the chart for 10 weeks in total, of which eight were consecutive.

As a sign of Joker’s achievement, in the ensuing decade, only two films have managed even five-week runs in first place. Jurassic World: Hidden Kingdom did it consecutively from June 2018, while Toy Story 3 did five weeks at the top, non-consecutively, from July to August 2010.

Joker held off yet another opening title, Warner Bros’ stablemate The Good Liar, which opened to £956,000 from 545 locations for a low £1,754 average.

Maleficent: Mistress Of Evil dropped 46% on its previous session, with £1m taking it to £13.1m after four weeks. This was enough to take it back above The Addams Family into second place.

After launching on Monday, November 4, Tom Harper’s The Aeronauts disappointed on its first weekend, with £569,095 not enough for a top five spot (with some sites still to report). Playing in 576 locations over the weekend, it took an average of £986. Including its first four days in cinemas, the film has just tipped the £1m mark. 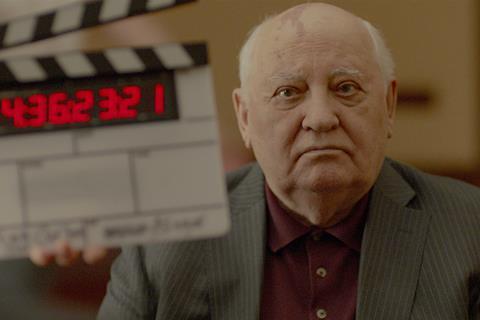 Werner Herzog’s latest documentary Meeting Gorbachev took £11,777 over the weekend and has £20,400 including previews.

PJ Harvey documentary A Dog Called Money took £2,926 from 9 screens and has £13,057 including previews and its festival screenings.

An event cinema release of Simon Woods’ political play Hansard brought in £735,971 on Thursday, November 7, with a decent £1,282 location average. Encore screenings are planned for this coming week.

Event specialists Trafalgar had two releases in the past week. Slayer: The Repentless Killogy took £46,796 from 148 locations on Wednesday, November 6; while Met Opera: Madame Butterfly took £238,560 from 166 locations on Saturday, November 9, and has £241,109 including encores.

In a busy week for event cinema, screenings of esports event League Of Legends: World Finals took £23,324 from 30 locations for a £777 average on Sunday, November 10.