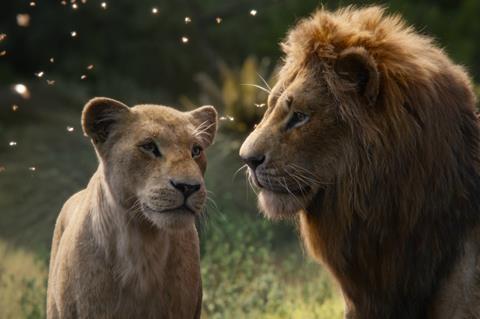 The Lion King topped the UK box office chart for a fourth consecutive week, setting a 2019 record of 24 consecutive days in the number one spot.

It dropped just 16% on its previous weekend, grossing £4.4m across the three days to hit £59.9m to date after less than four weeks. That figure makes it the second-highest grossing title of 2019 behind another Disney release, Avengers: Endgame, which has grossed £88.7m. It has also broken into the top 20 titles of all time in the UK, currently in 19th place.

In a strong week for Disney, Toy Story 4 scored an uptick of 19% on its eighth weekend, taking £1.9m and hitting £58.7m as the third biggest total of the year. It is now the second highest-grossing animated film of all time behind the £74.1m of 2010’s Toy Story 3, and the 20th highest-grossing of all time.

On a weekend when many titles benefitted from poor weather and all schools being on summer holidays, Fast & Furious: Hobbs & Shaw suffered the biggest hit in the top 20, falling 40% to take £2.9m. It has £12.8m to date, out-grossing the first three titles in the series and approaching the £13.7m of 2009’s number four Fast & Furious.

However it will struggle to get close to the takings of the three most recent films, the lowest total of which was 2013’s Fast & Furious 6 with £25.3m.

Gurinder Chadha’s Bruce Springsteen-themed drama Blinded By The Light achieved a top five spot with a £855,042 opening. It averaged a reasonable £1,572 from 546 locations, and took £964,612 including previews.

However it represents an acceptable result for an independent title in a crowded summer box office; eOne will hope good word-of-mouth delivers a strong tail. 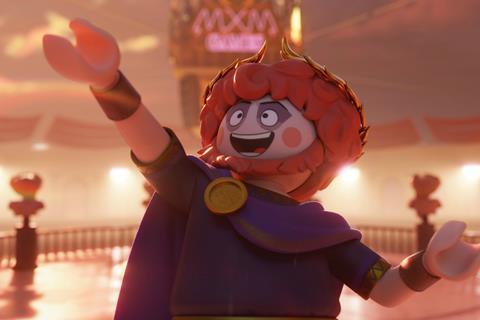 Animated title Playmobil had a slow start, taking just £375,894 from 519 sites for a £724 average. With several animated titles already well into their runs, Studiocanal will hope that audiences find their way to the figurines in the coming weeks.

Another film about a dog, The Queen’s Corgi, jumped past the £2m mark on its sixth weekend, with a 102% increase on the previous session bringing in £105,867.

Marianne & Leonard: Words Of Love, about the late musician Leonard Cohen and his Norwegian muse Marianne Ibsen, dropped just 9%, taking £65,000 for £472,047 to date.

Documentary Gaza took £13,983 across the weekend from 10 locations, with previews taking its full opening to £19,172.