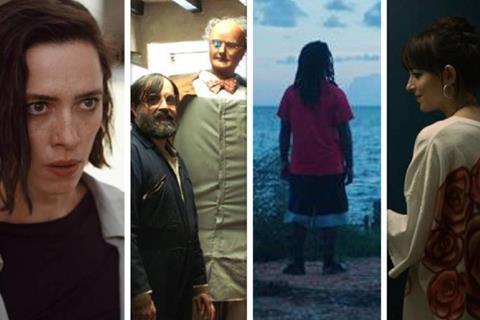 After a typically slow start over opening weekend Sundance 2022 deal-making gathered momentum throughout the week and Apple stole the headlines for the second year in a row with its $15m worldwide buy on Cooper Raiff’s coming-of-age title Cha Cha Real Smooth.

Searchlight Pictures announced a high-profile pre-buy for Fresh on the eve of the virtual festival and by the close of the first weekend National Geographic Documentary Films had swooped on documentaries Fire Of Love and The Territory.

IFC partnered with Shudder on genre titles Watcher and Resurrection, and Netflix picked up Participant’s acclaimed documentary Descendant. At time of writing buyers were circling John Patton Ford’s drama Emily The Criminal starring Aubrey Plaza, Kathryn Ferguson’s Sinead O’Connor documentary Nothing Compares, Honk For Jesus. Save Your Soul from Adamma Ebo and Adanne Ebo, and Isabel Castro’s Mija, among others.

Further deals are expected to follow in in the days and weeks ahead.

Acquisitions during the festival (alphabetical order)

Descendant
Dir. Margaret Brown
Section: U.S. Documentary Competition
Distributor: Netflix
Deal: worldwide
What is it? US descendants of occupants of last slave ship to arrive in US reclaim their story.
Release: Barack and Michelle Obama’s Higher Ground to present alongside streamer.


Release: TBD
What is it? Aubrey Plaza lands in big trouble when she takes a job as a dummy shopper.
Screen review here

Honk For Jesus. Save Your Soul
Dir. Adamma Ebo
Section: Premieres
Distributor: Focus, Peacock
Deal: Worldwide
Release: Day-and-date theatrical and streaming on Peacock
What is it? Satire about megachurch leaders who try to claw way out of scandal.
Screen review here

Pre-buys on eve of festival