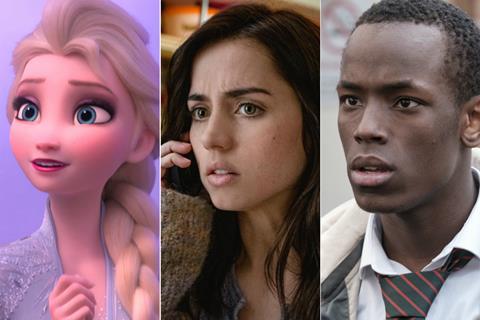 The film fell 42% on its first session. The first film had an 11% drop on its second weekend; however, number two was coming from a significantly higher start of last weekend’s animation record-breaking £15.1m, and the £8.7m figure is still well ahead of the £4.2m that first title took second time out.

Disney’s big Christmas title from last year, Mary Poppins Returns, held notably better with a 10% first weekend drop, although it was aided by opening during the Christmas holidays. From this year, Disney’s franchise titles have performed around the same mark on their second weekend; Dumbo fell 43%, Aladdin dropped 31%, Toy Story 4 dropped 38%, and The Lion King dropped £36%.

In its widest UK release to date in 641 locations, Knives Out started with a £2.2m weekend, with £699,479 of previews bringing it to £2.9m total. Its screen average was a decent £3,481; down on the sizeable averages of 2019’s blockbusters, but still a strong result for a non-franchise original film.

Last Christmas posted another good hold on its third weekend, falling just 26.5% with £1.7m bringing it to £10m total.

With the festive season ramping up in the final month of the year, it will look for a long tail to make it one of Universal’s standout 2019 titles.

Following a week of controversy which saw Vue remove the film from its 91 UK & Ireland venues before reinstating it on Thursday, November 28, Blue Story took £850,000 on its second weekend.

This represents a 34% hold, from fewer locations that its first week. Its site average of £3,073 was the third best in the top 20, behind Frozen II and Knives Out.

The film has £2.9m in total and will look to move past the totals of urban genre companions Brotherhood (£3.7m) and Adulthood (£3.3m) in the next week or two. 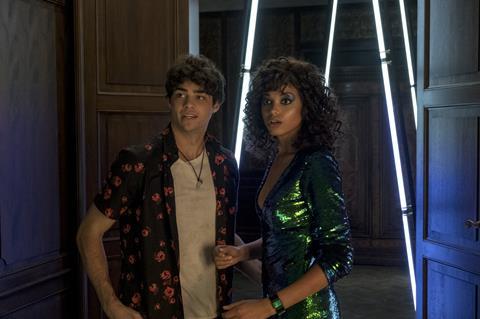 Rep screenings of Stanley Kubrick’s Eyes Wide Shut, which was screened with short documentary Never Just A Dream: Stanley Kubrick about the filmmaker’s work, brought in £14,629 from 54 locations.

A Shaun The Sheep Movie: Farmageddon, which won a BIFA for best effects last month, added £38,380 and has £6.7m after seven weekends.

Kim Longinotto’s documentary Shooting The Mafia opened to £9,084 from 13 locations, and has £15,012 including previews.

The event cinema release of The CBeebies Christmas Show 2019 on Saturday, November 30 took £134,184 from 310 locations. Encore screenings will continue throughout December.

Documentary The Street, which was nominated for the Discovery award at last night’s BIFAs, opened to £6,216 from six sites, its £1,036 locations average coming in just behind Charlie’s Angels. Including previews, the film has £11,228.

Documentary The Dirty War On The National Health Service grossed £537 from 3 sites.